Who Owns a River? 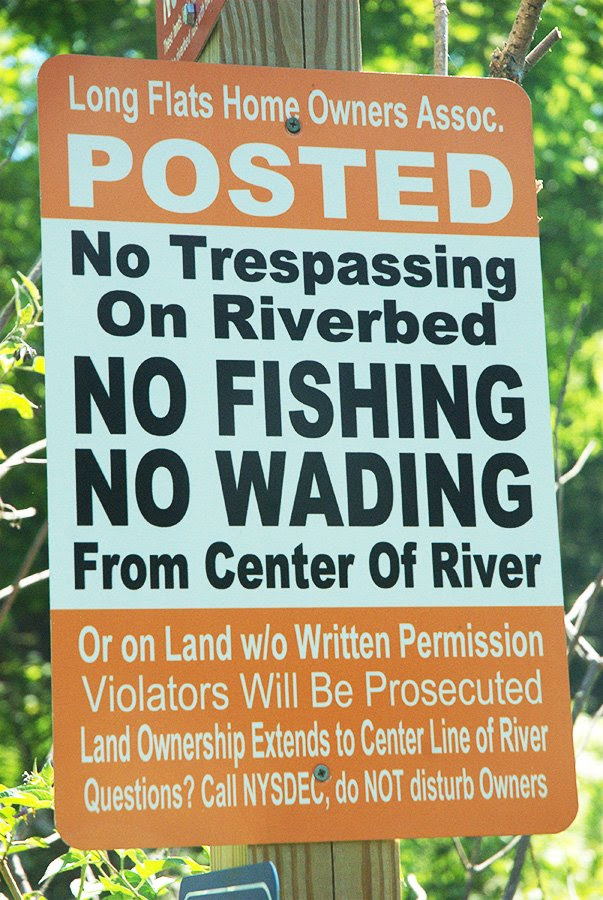 The New Mexico Supreme Court deliberated for just 15 minutes before rendering its sweeping decision to open up thousands of river miles to public access. Before the court was a relatively straightforward question: Were the river and stream beds of the state held in trust for the public at statehood, even if those river and stream beds flowed over private property? The answer was a resounding yes.

The conflict arose between riparian landowners and anglers because the New Mexico Department of Game & Fish (NMGF) created regulations enabling landowners to obtain a certificate of non-navigability, allowing them to close public access to segments of public water flowing over private property. Since, generally speaking, rivers that are deemed navigable—that is, suitable for commercial use or subject to historical commercial use—by the Army Corps of Engineers have had their beds held in trust for public use, sportsmen believed they could use them to fish. A certificate of non-navigability once issued by the NMGF could allow landowners to bar use of the riverbed. The rule was challenged by sportsmen as extralegal, so in 2015 the New Mexico State Legislature made the NMGF ruling a law. The relevant section of the new law stated that:

“No person engaged in hunting, fishing, trapping, camping, hiking, sightseeing, the operation of a watercraft or any other recreational use shall walk or wade onto the private property through a non-navigable water or access public water via private property unless the property owner or person in control of private lands expressly consents in writing.”

In September of 2022, the New Mexico Supreme Court struck down the law, ruling the term “non-navigable” had no meaning in New Mexico state law. The court opined although the New Mexico legislature could make laws concerning outdoor recreation, those laws couldn’t violate the state’s constitution.

Colorado is a state wildly popular with fly anglers, and while considerable river miles can be accessed by the public through Bureau of Land Management holdings, many other rivers are currently off limits. A recent article in the New York Times titled “Does This Fisherman Have the Right to be in a Billionaire’s Backyard?” tells the story of fly angler Roger Hill who has brought a suit against the state to force Colorado to clarify what is and what isn’t navigable water in the state.

Fly anglers in Western states aren’t the only ones facing river access issues. This spring I wrote an article for Fly Fisherman titled “Is New York’s Delaware River Public or Private for Anglers?” in which I laid out the confusing case of what appears to be a two-member homeowner association (HOA) that has designated parts of the Delaware River as its private property. The signs in question have been posted at the end of a Public Fishing Rights section near the Delaware’s historic Long Flats Pool, popular with wading fly anglers. These signs warn anglers they are not permitted to continue upstream even if they attempt to do so while wading in the river. Previous to this sign being posted, anglers thought as long as they waded on the river bottom of the Delaware, which is navigable here, they were on property owned in trust by the state. 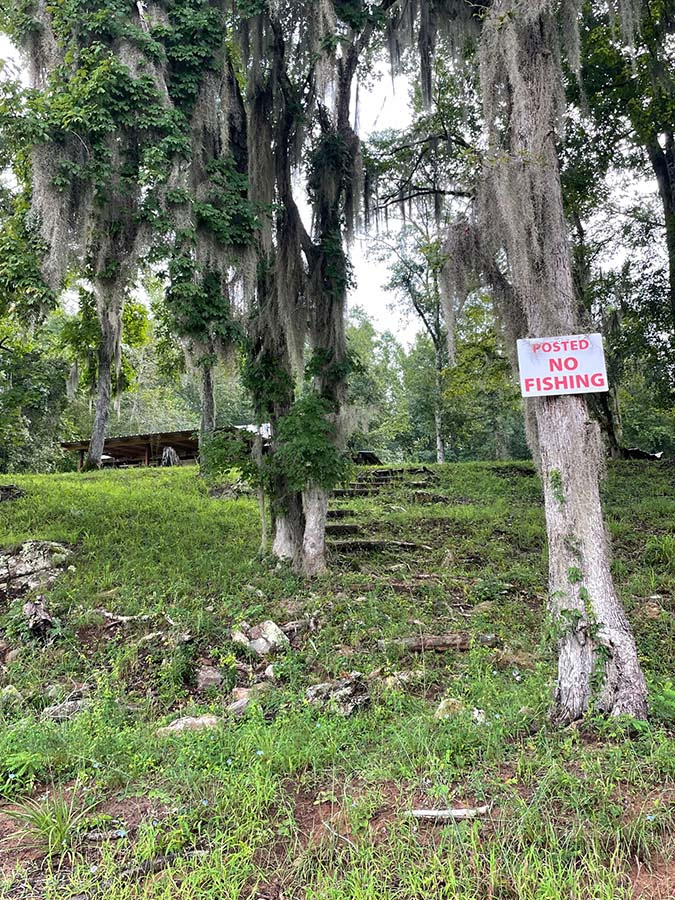 One sign advises anglers not to contact the landowners but instead refers inquiring anglers to the New York Department of Environmental Conservation (NYDEC), thus giving what appears to be state endorsement of the HOA’s claim of ownership. This seems odd because a review of a landowner’s deed clearly draws its boundary line to the edge of the river. Although a quit claim deed has been filed by at least one of the owners and contains language mentioning the “thread” or center of the river, none of this language was contained in the original deed when the owner purchased the property. Detractors point out that simply filing this claim with the Delaware County Court doesn’t make it a legally binding document.

For its part NYDEC says it is investigating the matter. In response to the article, NYDEC released a statement that “…the signs are not official DEC signs or endorsed by DEC in any way.” Local fly angler Tony Bonavist, who has fished the Delaware for years, spoke for many when he commented that “anglers like me just want clarity. It’s either public property or it isn’t. I’ve called the NYDEC multiple times trying to get a straight answer, but all they do is transfer my calls from one department to the next. It’s simply infuriating.” As of this writing the NYDEC has declined to give a timeline as to when their review might be completed, nor have officials confirmed whether they have contacted the landowners about the signage.

Meanwhile, a conflict is brewing along the Yellow Jacket Shoals area of Georgia’s famed Flint River. The Flint, one of the longest rivers in the state and completely free flowing since it contains no dams or impoundments, is quite popular with kayakers, canoeists, and fly anglers, who eagerly pursue the Flint River’s shoal bass. This species of hard-fighting fish is similar to the smallmouth bass but is only native to the Flint and a few other nearby rivers.

In this dispute, two riparian landowners who own property directly across the river from each other have entered into an agreement with a third party to handle exclusive fishing rights. According to the riparian landowners this section of the river has been posted as private property for decades and because the river is non-navigable, according to Georgia law the bed can be privately owned. In this case both of the landowners’ deeds clearly show they own to the center of the river. This is reflected in survey maps of their property and in the two deed descriptions. Public records research confirms that they are also paying property taxes on the river bottom. According to Georgia law, landowners who own property adjacent to non-navigable rivers hold exclusive fishing rights and can legally bar the public from fishing. These landowners have never objected to kayakers or canoeists floating through, but they do object to them getting out of their kayaks or canoes and wade fishing.

In April 2020 matters came to a boiling point when Sam Brewton III, a son of one of the riparian landowners used a high-powered rifle to fire at a group of anglers. Brewton didn’t strike anyone, but the incident highlighted the continuing friction on the river. In May 2021 a judge sentenced Brewton to 40 years in prison, with only 30 suspended.

Recently the matter flared up again when the local landowners asked the Georgia Department of Natural Resources to issue tickets for fishing without permission. However, law enforcement officials have declined to do so, with Col. Thomas Barnard, Chief of the DNR Law Enforcement Division, stating, “Landowners along a navigable stream own to the low water mark. The area in question (Yellow Jacket Shoals) is believed to be navigable.”

This public statement came on the heels of a letter released by the Flint River Keeper, Altamaha River Keeper, and the Georgia Wildlife Federation, which have been vocal in their opposition to the landowners’ claims. A portion of the letter states:

These groups believe the control of fishing rights is unclear and up for debate. They point out that there are public boat launches above and below the contested area of the Flint; the expenditure of state and federal funds for these launches, they argue, means the river should be open to fishing regardless of river bottom ownership.

A complete copy of the joint letter can be read here.

The landowners claim they are only seeking to enjoy and control their property rights according to Georgia law. Ben Brewton, one of the owners of the Yellow Jacket Shoals section in Upson County, believes that these advocacy groups have incorrectly framed the issue, gone out of their way to disparage his family, and are misleading the public on certain facts. Brewton issued his response to the Flint River Keeper and the Board of Directors of all three advocacy groups, which reads in part:

On May 11, 2022, FRK, over the signature of Gordon Rogers, and in concert with the Georgia Wildlife Federation (GWF) and Altamaha Riverkeeper (ARK), launched a missive across the state of Georgia via both traditional and social media attacking the owners of Yellow Jacket Shoals on the Flint River and vowing to “reclaim lost waters”….

Your organization has created a controversy with my family that will likely be protracted, expensive and hard on everyone involved. That is your prerogative and is generally what happens when you try to take something away from someone they have owned for 50 years. While the fight may be inevitable, my sense is that, given the “landed gentry” comment, the boards of FRK, GWF and ARK are being sold a bill of goods about their opponents.

Sportsmen going afield and on streams this fall need to understand that laws on access and use vary greatly from state to state. Seeking a landowner’s permission before accessing private property is always the best course of action. What this current crop of court cases suggests, however, is that determining property ownership is often more complicated than simply reading a “No Trespassing” sign.

Beau Beasley is an investigative outdoor writer and the director of the Virginia and Texas Fly Fishing Festivals. His next book “Healing Waters: Veterans’ Stories of Recovery in Their Own Words” will be released this fall.