The Legend of Woolly Bugger

(note that all fly pics were tied by George Campbell, Pendleton SC) 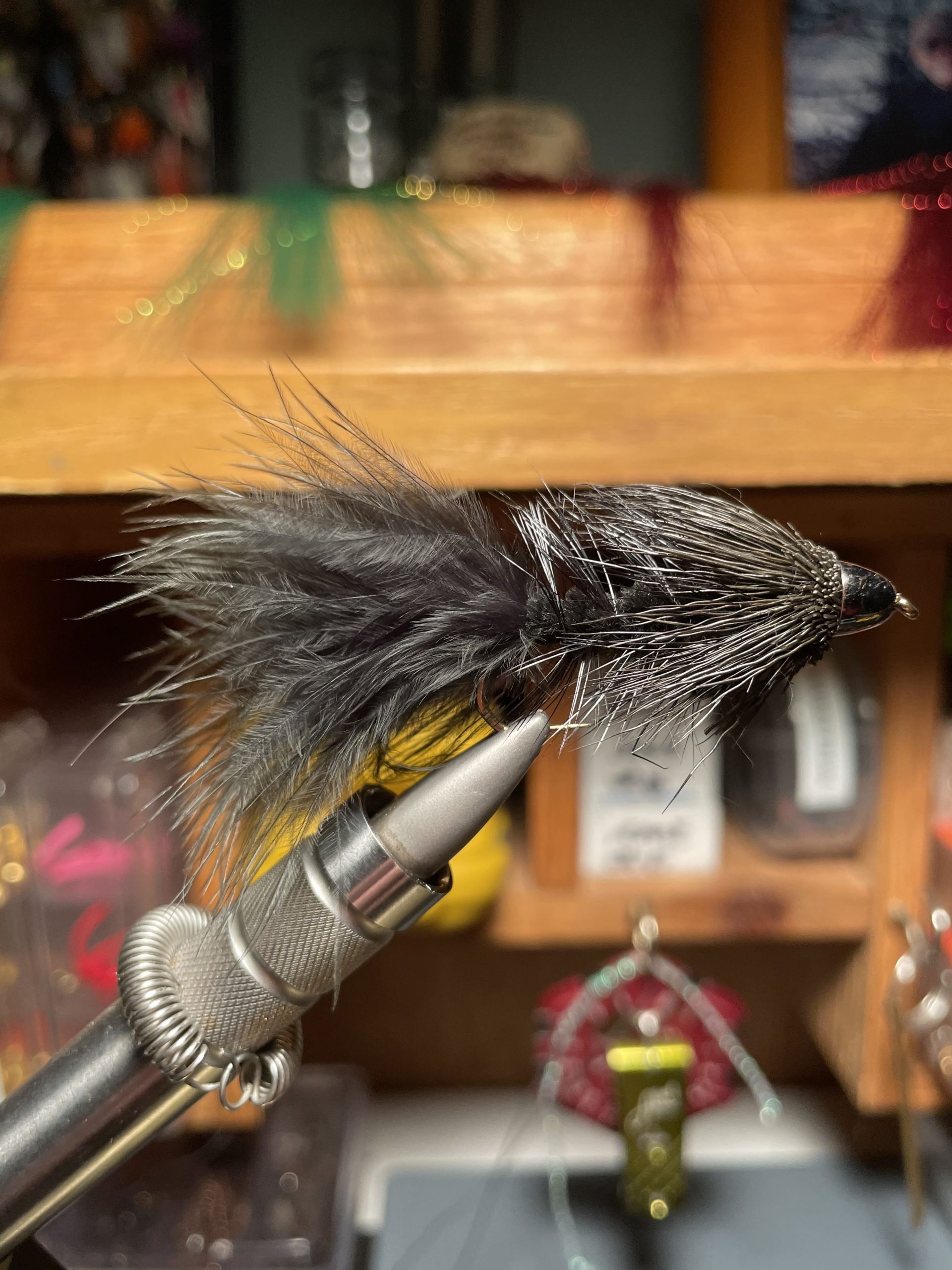 Sasquatch, Big Foot, and the ubiquitous Woolly Bugger all have one thing in common, they are indeed legends in their own individual worlds. The stories about each meander throughout books, social media, and other avenues of the population. To my knowledge, only one of them has been seen, handled, found remarkably useful, and withstood the litmus test of time: the Woolly Bugger.

If I was told that I could only have one fly pattern to fish with, it would be some version, variation of color, and size of the Woolly Bugger. Its’ accomplishments and accolades are many, and failures are few. The fly can be dressed up or down depending on the circumstances, be dull and boring, or flashy and productive with and without rubber extremities. The dress code for the Woolly Bugger extends to the imagination of a creative fly tier.

It is thought this fly originated around in the early 1970s and credited Russell Blessing, Harrisburg, Pennsylvania, with the pattern. The original fly was tied to imitated Dobsonfly larva and used to fish for smallmouth. In fact, the fly pattern is effective for many different species such as smallmouth, panfish, largemouth, trout, carp, and some saltwater species. In some larger patterns, it has proven its self-worth when fishing from a boat casting to the bank and around the structure. I have caught catfish and gar stripping it slowly back to the bot. Not many freshwater species are immune to its inviting look. Rumors of saltwater marsh applications have been forthcoming. 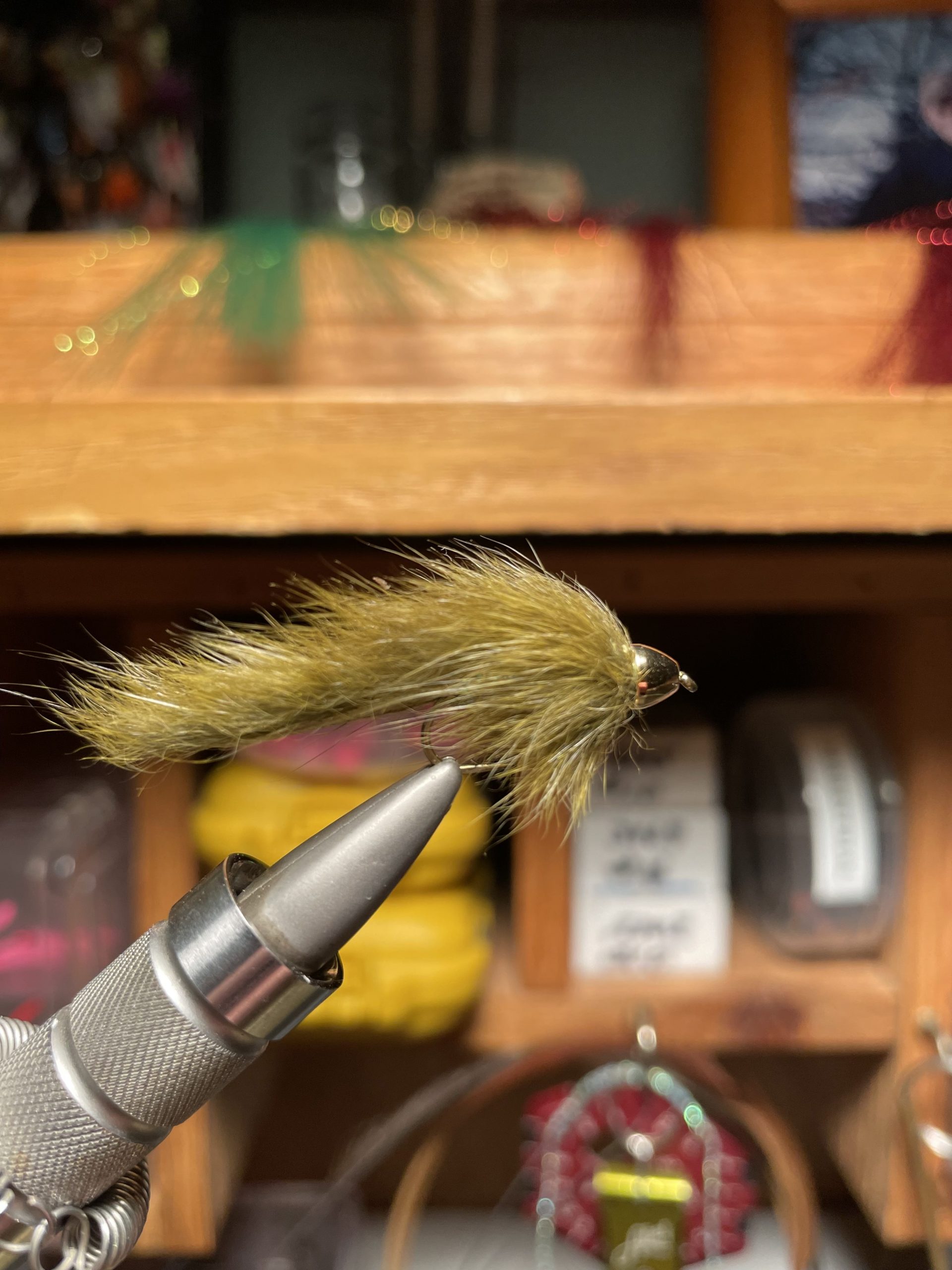 In an article by Kirk Werner, FlyLife Magazine (https://flylifemagazine.com/of-interest-where-did-the-best-fly-ever-invented-come-form/), he describes the Woolly Bugger as one of the Top 25 Best Flies of All Time along with more in-depth history on Russell Blessing. I must agree with him about this fly. Of course, it’s a matter of opinion, but versatility breeds confidence in the fly along with the many different applications. When and how to fish it is endless.

The fly has caught fish from Maine, Michigan to Montana and Florida. Without a doubt, I would not hesitate to fish this fly first blindly on new waters. Its track record speaks volumes on its effectiveness. It resembles so many different food variations that it makes it difficult for fish to refuse at times. Looking through the eyes of a fish, I believe it somewhat resembles various nymphal imitations, leeches, small baitfish such as sculpins, and crawfish. Maybe just something an opportunistic and hungry fish wants to inspect and latch onto. 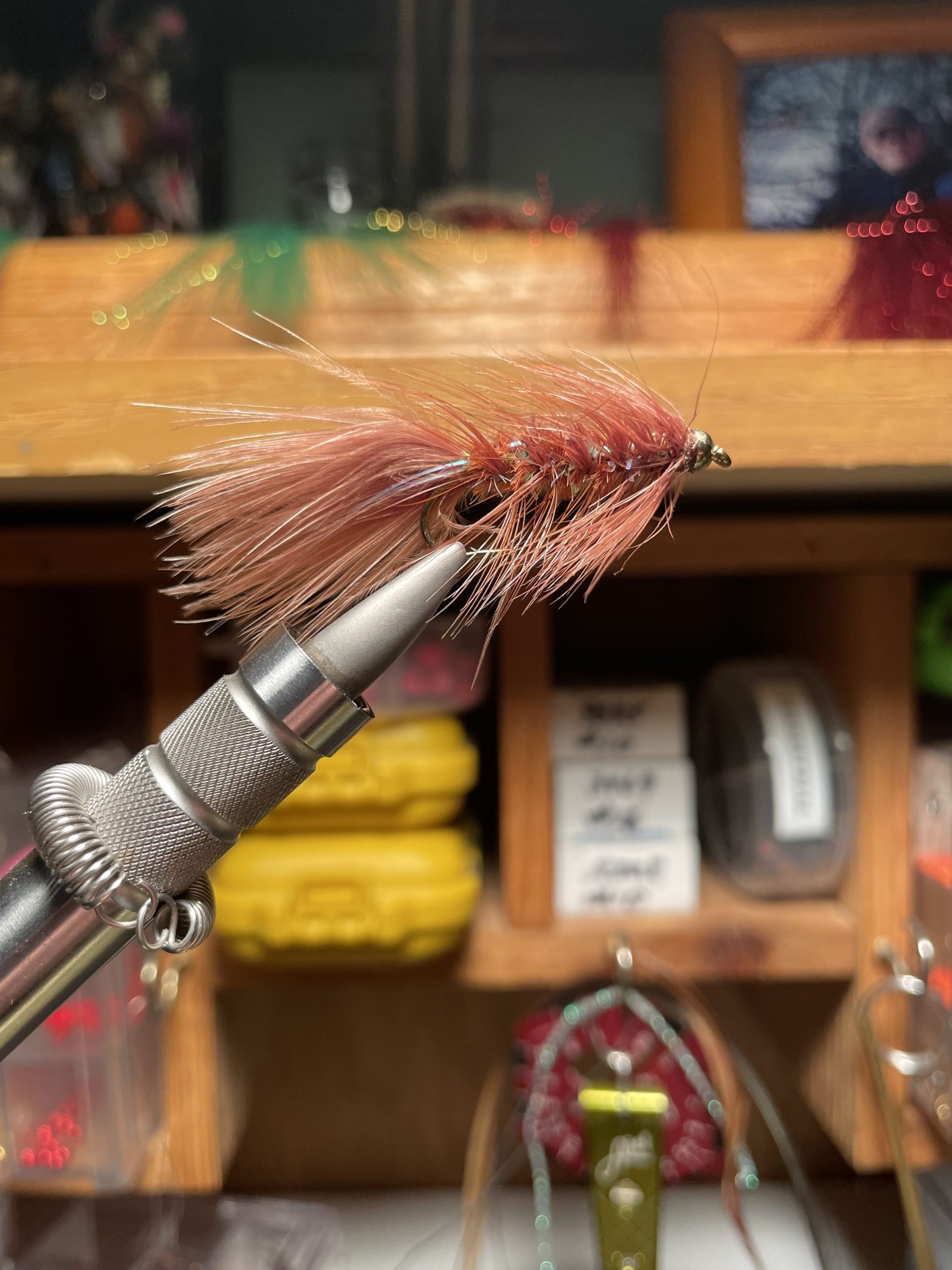 The Woolly Bugger can be fished dead drift with a strike indicator in a river, but I prefer straight-line casting across and high-sticking it dead drifting down through a run. Then once the line straightens out, slightly lift the rod tip up and hold on. If nothing happens, then apply small strips bringing it back upstream. At times, a life jacket may need to be worn or have yourself roped to a nearby tree if a hard impact strike occurs.

Many trout fishermen “streamer” fish with the Woolly Bugger. Again, the fly is cast across the stream and allowed to flow down with the current and stripped slowly back in, allowing its’ marabou tail to play in the currents. This technique works exceptionally well in pond fishing as well!

On a 2-fly nymph rig, I tie smaller versions in sizes 16-18 and fish them as droppers behind a larger point fly of some kind. 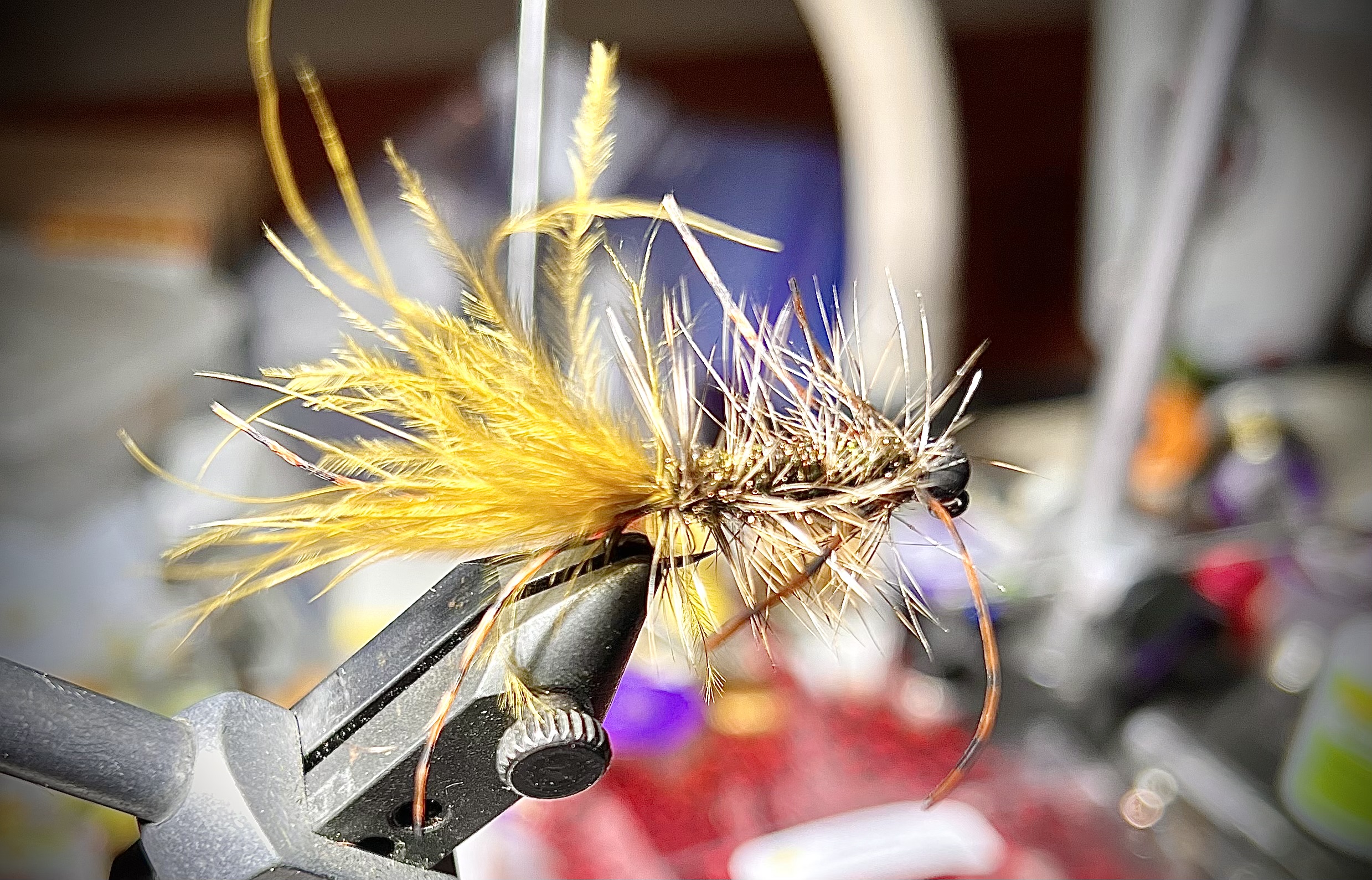 It is usually one of the first patterns to replicate in most beginner fly tying classes. The tying steps are easy to follow, proportions and types of materials are not complicated, and most beginners can fish their creation with confidence.

The Woolly Bugger is a significant fly in most freshwater fly-fishing arsenals. Without a doubt, it. It is a proven fish-catching fly with a long history of successes and stories to elevate its status. And history always repeats itself!