The Evolution of a Fly Fisherman

Fate has allowed me many years of fruitful time on the water. Fly fishing has been an important part of my life. Having fished for most everything with a fly rod, trout and salmon are especially fond acquaintances.

My friends and I have fished noteworthy destinations, and I have fished streams, ponds and lakes that some would consider unworthy. They all have provided hours of pleasure. The sound of the Kingfisher, the sight of a dragonfly, the croak of a bullfrog; these are the memories that whirl through my thoughts.

It has been my pleasure to see the many sides of fly fishing. A special gift was the mentorship of my late father-in-law, Lewis Parker Clark. We shared many hours on the water. Most of our time together was pursuing warmwater species.

My hope is that your journey has been as fruitful as mine. The words recorded here may hopefully inspire you, or provoke memories of similar experiences. 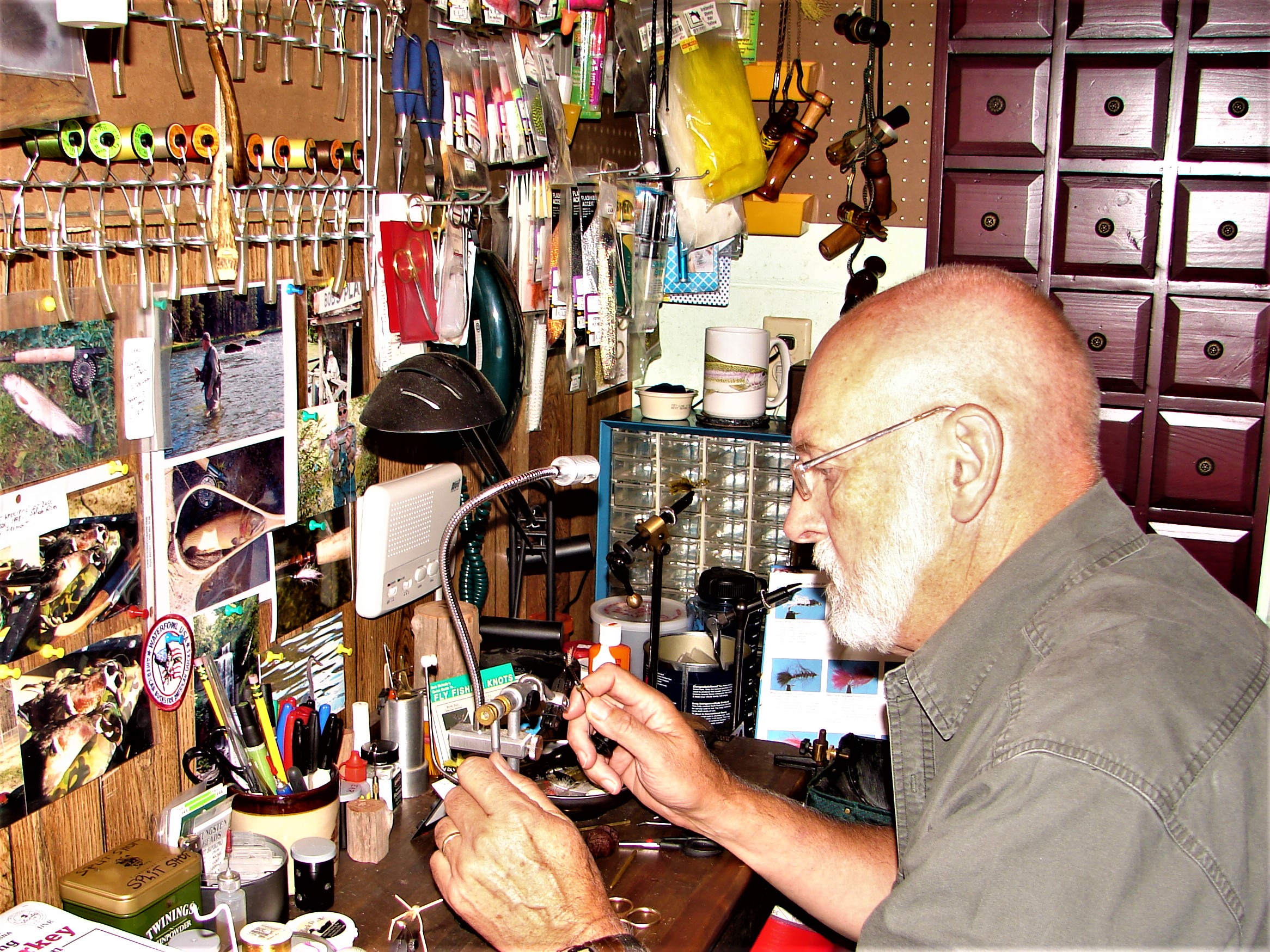 A fondness for reading has opened up many subjects for me. Inquisitiveness was a trait that led to compulsive reading. At a very early age, outdoor magazines such as Outdoor Life, Field and Stream and Sports Afield were my constant companion. They were devoured in hopes of learning some trick that would help me to become a competent sportsman.

Many years ago, one of my father’s friends commented, “Larry knows more about fishing and hunting that anyone I know.” He was overstating the truth, but it made a big impression on me. He gifted me a sheath knife that is still part of my collection.

This thing called ‘fly fishing’ caught my attention. It looked like something special that a person would enjoy. That called for some ingenuity! A stand of bamboo was located and I cut a long, slender shaft and allowed it to cure for a while. Afterwards, spiral guides were attached to the shaft and an inexpensive reel was attached to the butt with electrician’s tape (dad was an electrician, so I ‘borrowed’ the tape). I started off with a heavy bait casting line, but it didn’t take long to see that it was not suitable. Also, the flies were miserable concoctions made from chicken feathers, donated by my grandmother’s flock.

After a lot of marginal hours on the water, my father took pity on me and bought me an inexpensive bamboo fly rod and fly line. I used the little reel and tied some monofilament on the end of the fly line and I was in business. Bamboo rods were imported and inexpensive in those days. I caught many bream and bass on the rod and felt like I had really ‘arrived.’ In those days, I still used some ‘garden hackle’ as Havilah Babcock called worms. It was all about catching fish then and the means of doing so meant, on occasion, resorting to devious methods.

There were lapses in judgement when casting rods would occasionally be used for largemouth bass or large catfish. Still, in the back of my mind, the only worthy method was the use of the fly rod.

About the time that I was married to my wonderful wife, Margaret, a fiberglass rod had replaced the bamboo rod and my assortment of flies had begun to grow. Margaret’s father was a fly rod man and we spent countless hours together. He was of the old school that took what nature offered and added it to the larder. It was an adventure fishing with him.

In those days, there was not a closed season on crows. We would leave home before dawn, stop at a likely spot and call crows with hand calls and shoot a few that would be recycled for turtle bait. When we arrived at the lake, chunks of breast meat were removed to bait a dozen turtle hooks. Lewis would tie them to strategic branches around the pond.

After the setting of the turtle hooks, we would use the fly rods to fish for bass for about an hour. The bait of choice was either small plastic worms fished weightless, with a very slow retrieve, or large popping bugs.

After the hour passed, we would change over to fish for bream. The bait of choice was Crane Fly larvae. Crane Fly larvae are tough and are usually about an inch long. Many of them are aquatic and when in water they elongate and wiggle. Bream cannot resist them. They are tough and it was not uncommon to catch multiple fish on one bait.

Securing the larvae was an adventure within itself. We would start in early spring and search for them in cold water streams. They would be found in leaf litter that had fallen into the stream and compacted in an area against logs or rocks. We would reach into to the litter and pull out an armful and throw it onto the bank. Occasionally, a water snake would slither out of the pile of leaves and make a strong impression on us.

The advantage of using Crane Fly larvae was that they were large, rotund and only a big bream could ingest them. We caught some great fish on larvae.

Before the heat of the day, we would have several nice bass, a good string of bream and then Lewis would patrol the banks to remove the turtle hooks and have a turtle or two for the bag. You can’t beat crow hunting, bass fishing, bream fishing, bonus turtles and being home by lunch! 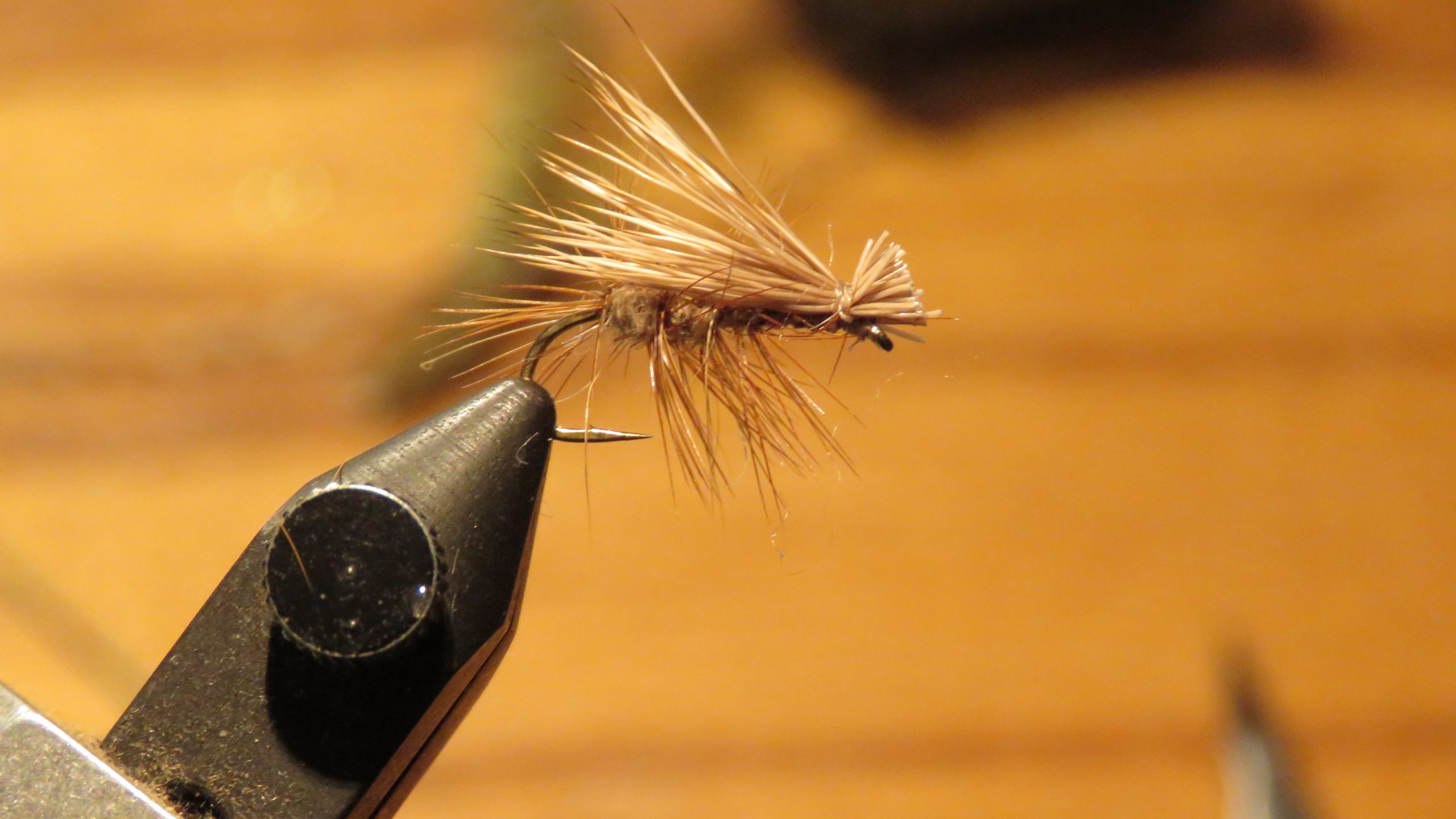 As the years passed by, the equipment was upgraded to graphite rods and the selection of rods and reels was improved. The pursuit of trout became an obsession and that led to more flies, several fly tying vises, tying materials and tools and a myriad of books on fly tying and fly fishing.

Somewhere along the way, a new fly-fishing author, named John Geirach, came on the scene and stoked our imagination with visions of trout, salmon, Dolly Varden, grayling and distant, cold-water streams. That resulted in visits to Montana, British Columbia, Alaska and a few side trips to Idaho. Another trip to Canada included fishing the Bow and Maligne Rivers. Another passion surfaced during the intervening years. Kayaking became a fun pursuit and, lo and behold, kayak fishing was a natural result. That has opened up some great adventures on some warm water ponds and created another bevy of memories.

Whisper quiet movement over the smooth water, into the solitude of a beautiful cove, is an experience of tranquility. The swish of the rod as it powers the line to load the rod, the powerful punch to deliver the popping bug to its destination; a good cast is a thing of beauty. The stillness of the bug before the retrieve seems like an eternity. Then, the twitch of the lure and the sudden splash that is sure to come, but never expected, triggers a spark of adrenaline, and if all goes well, the hookset locks into a flashing dervish that bends the rod powerfully and the landing is anti-climactic.

My life has surely been enriched by the days spent on the water with good companions and a fly rod.