Swimming with the Fishes

The snow would pile up three feet or more outside the four hundred square foot cabin I built on a northern Idaho mountainside in the mid-70s outside the town of Priest River. Located a mile and a half off the main highway on a seasonal road that only functioned during the summer months, it was a certainty that winter would be a test of fortitude. When one considered the isolation as well as the mile trudge through knee deep snow to get back and forth to the plowed pull-off where my Datsun pick-up was parked near the snow packed blacktop, my chosen lifestyle was a challenge. From November to May I would live off grid until my seasonal forest service job started back up again at the Powell Ranger Station on the edge of the Selway-Bitterroot Wilderness Area in central Idaho.

Overlooking an open field bordered by a stream full of brook trout, the cabin was tiny and comprised of a small sitting room centered around a comfy wood heating stove, a sleeping loft, and a ten by ten kitchen with a wood burning cook stove. The porch provided a panoramic view of a lush mountain range on the far side of Pine Creek valley carpeted with snow flocked north facing old growth white pine that had not yet succumbed to the ravages of the timber industry. My drinking water came from a bubbling spring and the A-frame outhouse with no door and a beautiful view was the crown jewel of my five acre “spread”. 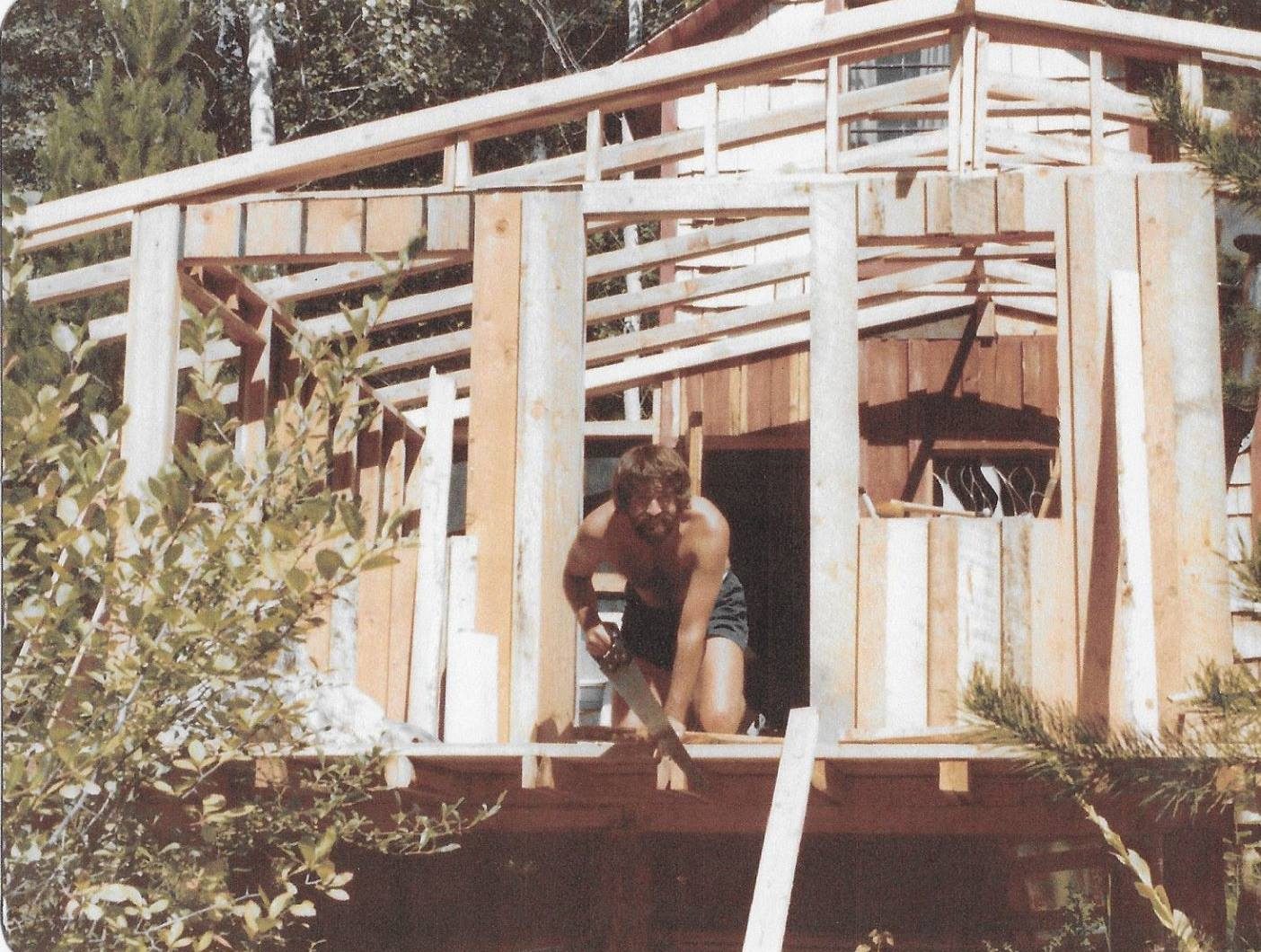 On days not spent fishing for whitefish and the occasional trout in Priest River, time at the cabin was utilized gathering wood, hauling water, cooking soups, and strumming my Martin while gazing at the natural world out my front window. Preparing for the upcoming fishing season working at Powell filled in some of the evenings as well. Tying an array of dry flies, I always looked forward to fishing for the beautiful westslope cutthroat dwelling in the Lochsa River that flowed through the district. Protected by a strict catch and release mandate, Idaho was the first state to address the dwindling cutthroat populations with restrictive management measures. Subsequently, this policy was deemed so successful that throughout the next decade until today several other Western states adopted similar no kill regulations for native cutthroat as well.

Ironically, the westslopes cutthroats that were supposed to be in the stream at the edge of my property were overcome by eastern brook trout planted there in the early 1900s. Although some westerners were thrilled that these aggressive char flourished in many of their mountain streams, the tradeoff at the expense of the endemic cutthroat seemed to be a tough price to pay. However, I can’t say I didn’t look forward to fishing for the brookies in my creek when the weather warmed up in the spring. The stream itself was a collection of beaver ponds connected by a slow deep flowing ribbon bordered with dense alder growth protecting its numerous undercut banks from erosion. The habitat was perfect for brook trout, and the stream reared some dandies.

Although winter nights were long, cold and often snowy in the Idaho panhandle, the cabin was cozy. Under the soft glow of a flickering kerosene lantern, the crackling warmth of the wood stove inspired long hours reading many books such as Louis L’Amour westerns, Rex Stout mysteries, or outdoor stories by Robert Traver, Roderick Haig-Brown, and Patrick McManus, an author who lived in the neighboring town of Sandpoint. After laughing through his first book of tales entitled A Fine and Pleasant Misery, it was then I remember wishing I could write just like him. In fact, it were the works of Traver, Haig-Brown, Nick Lyons, Joe Brooks and Patrick McManus that inspired my endeavors to write fishing stories two decades later. 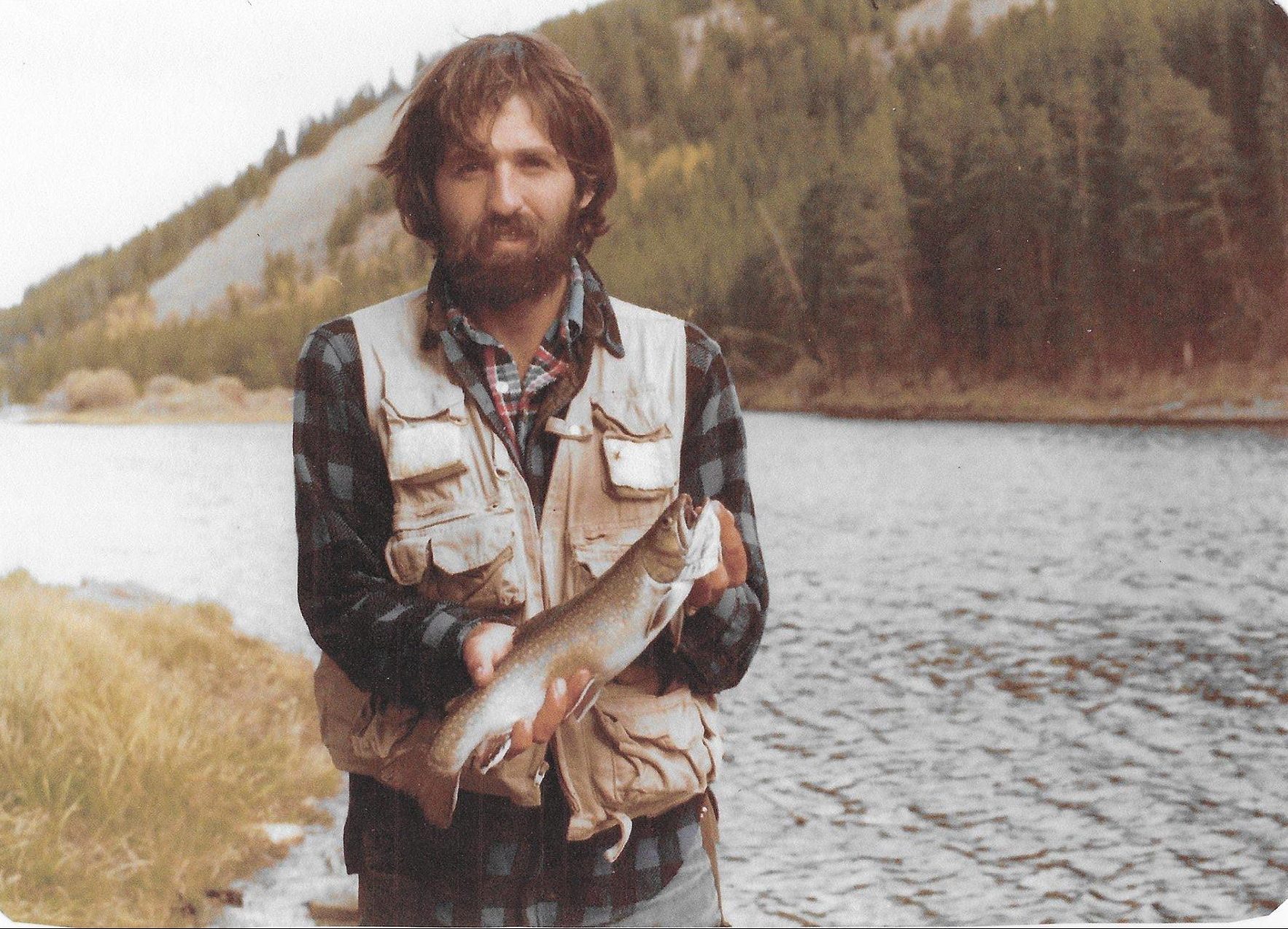 It seemed that I always kept busy during those winter months, but I have to admit, there were times when the cabin seemed a bit too lonely. So a few nights per week I would hazard off to the nearest bar to play pool with itinerant loggers and chat with a few of the colorful local sots while we tipped a draught or two of Budweiser in the process. Getting there was no small feat either since it required that long slog through the dark woods to where to my pick-up was parked. And then it was a five mile drive on a slick highway. With no flashlight, I would let the stars and moon guide me if it weren’t cloudy or snowing. Otherwise, my Sorel pack boots would just feel the way along the path. But upon the late night return, especially after a few beers, the trek to the cabin was often a monumental effort. On one night in particular the precipitation came in the form of freezing rain. The hike back that late evening was especially treacherous.

After crunching through the mile or so of icy rind that covered the existing snowpack, I finally reached the two-foot wide plank bridge that spanned the creek at the bottom end of my property. With one boot on the bridge, trouble ensued. There was no stopping my momentum on the slightly skewed ice covered surface as I plunged into the deep brookie hole lying below the crossing. Breaking through a thin layer of ice, I was drenched to my neck. Trying to pull out of the pool on a bank of thick snow was almost impossible, but using an alder sprout I winched myself onto the edge of the stream’s opposite shore. And because the air temperature was about thirty-two degrees, I immediately began to shiver.

Since it was still another hundred yards or so to the cabin, I had to muster the strength to trudge up the trail to the cabin in sopping wet clothing and water logged boots. Being tired and a bit tipsy didn’t help either. Upon finally entering my abode I discovered the fire in the wood stove had burned out, so it was as cold inside as it was outdoors. In survival mode, I lit a lantern, stripped naked, got into dry clothes, and fumbled to start a fire. After the wood finally began to burn, I then just sat in front of roaring flame until daylight. At one point I recall thinking that Pat McManus would have certainly gotten a humorous story out of this northern Idaho misadventure since he wrote the “Last Laugh” column for Outdoor Life magazine from 1982 to 2009.

On April 13, 2018 Pat McManus passed away in Spokane at the age of 84. Among his many accomplishments, he wrote two-dozen books that included some mystery novels as well as several compilations of his humorous magazine articles. Although I wish I had met the man since our paths hypothetically crossed in the panhandle region of Idaho for several years, he did leave behind a legacy that will continue to live on and enrich us. I highly recommend getting to know Patrick McManus through his works.

When I learned of his passing, it reminded me of that night I went swimming with the fishes in the wilds of Northern Idaho so many years ago. Although it seems kind of funny now, I sure wasn’t laughing at the time.