DUTCH JOHN, Daggett County — Summer is a great time for road trips. And if said road trip ends in a unique wildlife-viewing experience? Even better! You can see ospreys in the air and on top of their huge nests at a free Utah Division of Wildlife Resources event happening Saturday, July 16. 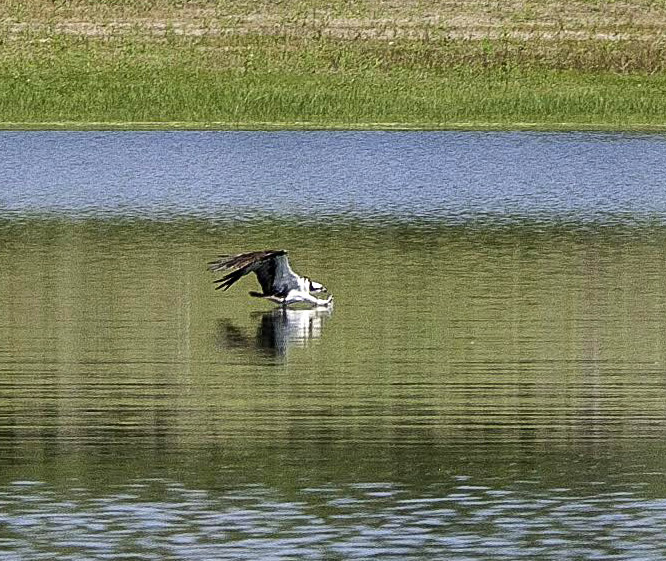 This sequence of photos show an osprey catching a fish. In this first photo, the bird spots a trout and swoops down to the water’s surface to catch it …

Ospreys — sometimes called fish hawks or sea hawks — are unique birds of prey that primarily eat fish, which is why they are drawn to the Flaming Gorge area. They are the only hawks in North America whose diet consists almost exclusively of fish — and they are very good at plucking fish out of the water.

“The birds at Flaming Gorge are very active, and they can catch a fish one out of every four times they dive,” DWR Northeastern Region Conservation Outreach Manager Tonya Kieffer-Selby said. “That’s a great success rate.”

Ospreys can log more than 160,000 migratory miles in their 10-to-15-year life span, and Flaming Gorge is a very popular place for them.

“The largest breeding osprey colony in Utah — and one of the largest osprey populations in the interior part of the western U.S. — is found at the reservoir,” Kieffer-Selby said.

Ospreys return to Flaming Gorge every year to breed and raise their young because a breeding pair will build on the same nest year after year. It’s fairly common to see a 10-foot-wide nest at Flaming Gorge. 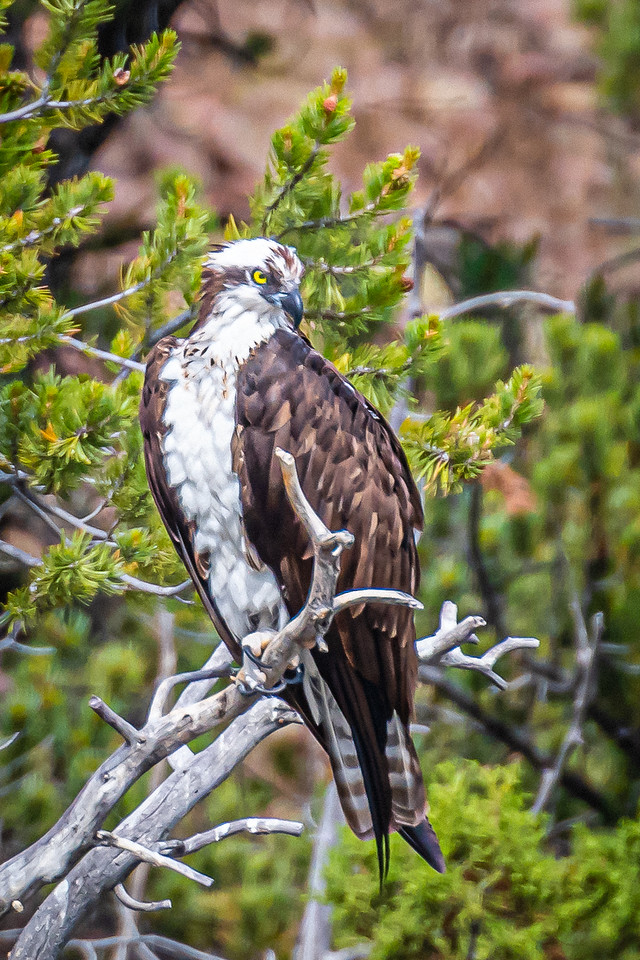 Ospreys are fairly easy to spot along rivers, ponds and reservoirs because they have a distinct white head with a brown stripe that runs through their bright yellow eyes. Their high-pitched, whistling calls are also very distinctive — you may hear them echoing throughout the dam area and along the Green River.

“If you are lucky, you might get to see an osprey dive feet first into the water to capture a fish in its powerful talons,” Kieffer-Selby said. “After capturing a fish, an osprey will carry it back to its perch or nest and share it with its mate and young. You’ll also hear the ospreys’ shrieking calls as they fly around the area.”

Details of the event

Spotting scopes will be available at the event, but if you have your own binoculars, you’re encouraged to bring them to see the birds. There will also be biologists and educational displays at the event to provide information. Due to the remote nature of the event, you should consider bringing a lunch and plenty of water, as well as sunscreen and bug spray. 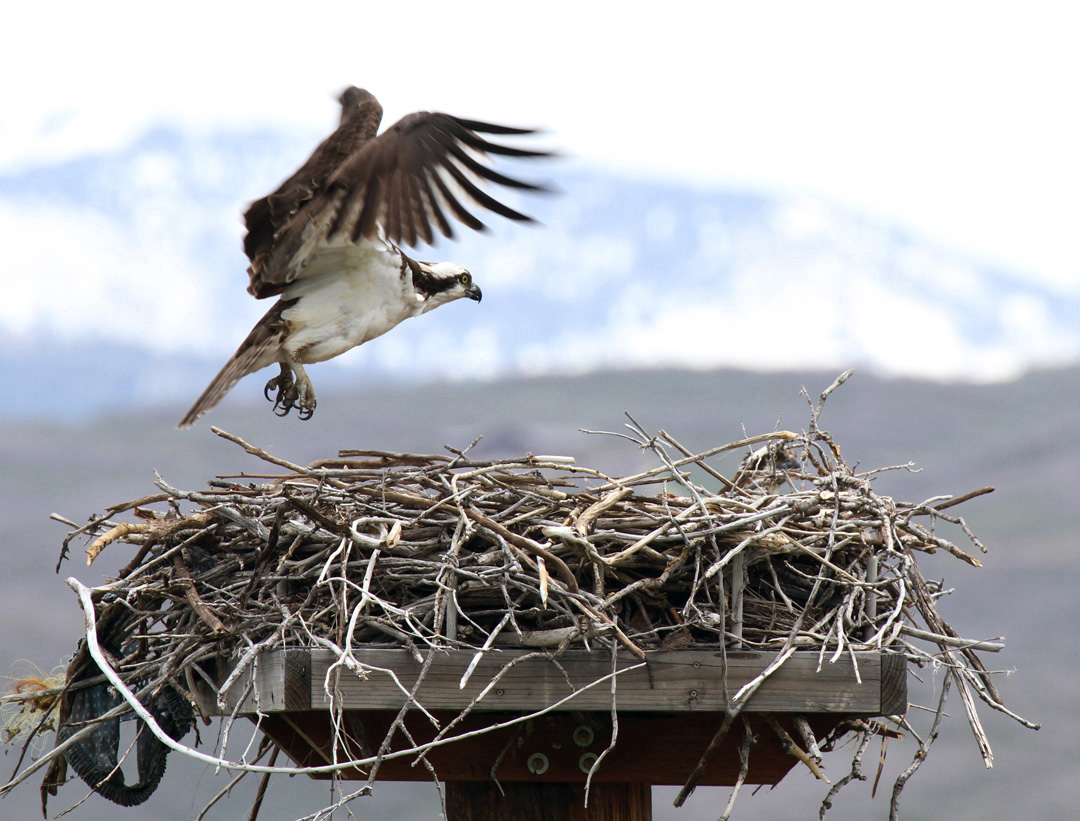 You can see ospreys like this one at this year’s Osprey Watch.

“The birds are super active this time of year, especially during the morning hours,” Kieffer-Selby said. “The event is great for the whole family. In addition to ospreys, visitors may see other birds of prey, including golden eagles, turkey vultures and American kestrels, which are frequently spotted at this annual event.”

While the event is free, attendees are asked to register in advance on Eventbrite. For more information about the event, call the DWR’s Vernal office at 435-781-9453.