Arriving at Headwaters on the Soque farm in northeast Georgia is like stepping back into a world that has quietly eluded the encroachment of progress. 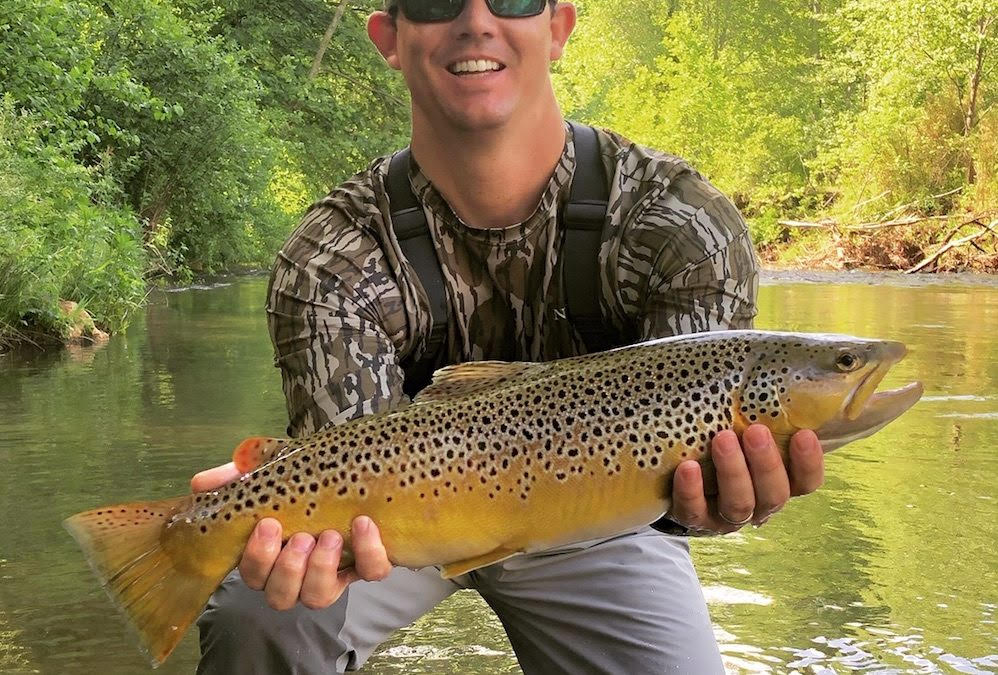 It’s an easy 80 miles from metro Atlanta, but it might as well be a thousand. When you arrive at the farm in northeast Georgia, you step back into a world that has quietly eluded the encroachment of progress.

Headwaters on the Soque is Mark Lovell’s 100-year-old family farm. The 650 acres, located next to the Chattahoochee National Forest, provide a haven for bears, deer, turkey, and hogs. And winding through its rolling hills are nearly four miles of the finest rainbow trout fishing to be found. Anywhere.

The only progress that’s really touched Headwaters is Mark’s use of modern know-how to keep things as pristine as they were a century ago. It’s a labor of love that includes wildlife and stream habitat management. Mark’s been at it for 25 years, and the results are remarkable. 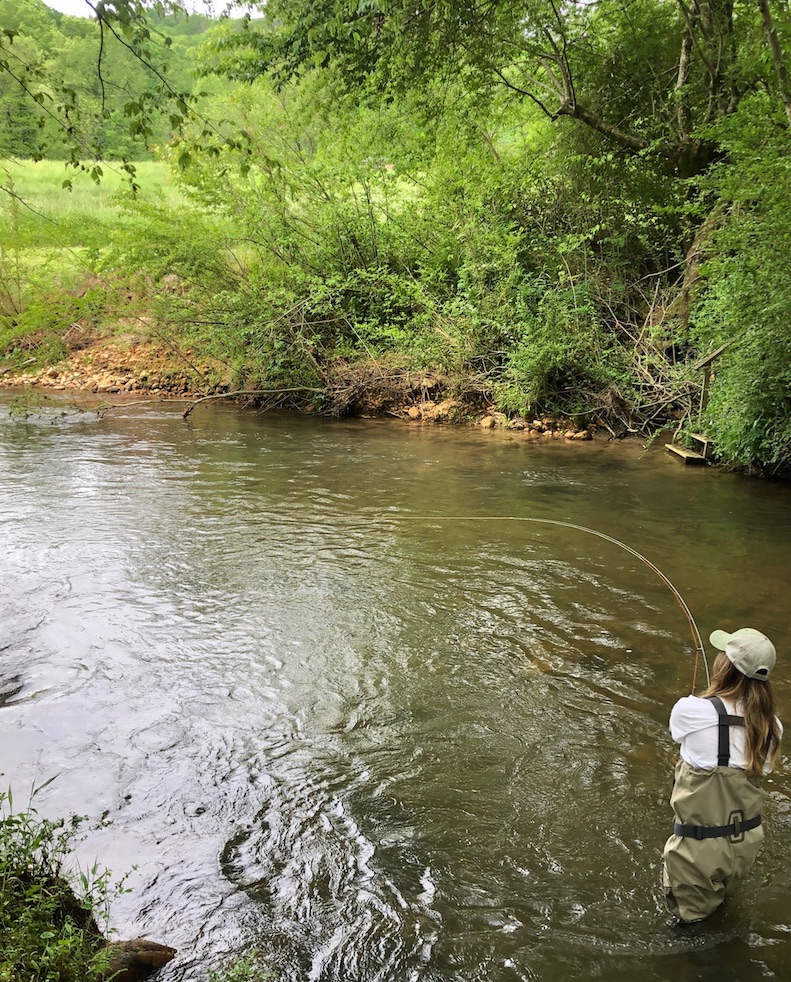 When Mark decided to restore the lodge and create a first-class, full-service operation, he contacted High Adventure Company to help him manage the business side. Based out of Acworth, Georgia, High Adventure Company is a leader in lodge management and operations for a number of lodges worldwide. These include high-end hunting and fishing destinations as well as sight-seeing and eco-safaris.

My fishing guide for the day, Sean Finley, also happens to be High Adventure Company’s executive chef in their “Exclusive Lodge Management” program, director of outside sales for the company, and the general manager for Cheyenne Ridge Signature Lodge and the North Platte Outpost.

The gourmet chef prepared some exquisite cuisine for us during our stay.

“Headwaters of the Soque is a project we started with Mark Lovell a couple of years ago,” Sean said. “We wanted to help develop the awareness of the trophy trout fishing that’s here on the river.

“Mark restored the lodge here a couple of years ago, and now we serve as their booking agent, help manage the lodge and staff, and consult on fish and wildlife.”

Our day in early May was spent dodging a few thunderstorms as Sean led me to several hot spots on the river; mostly bends and deep eddies where ten-pound rainbows hang out.

Yes. That’s Ten. With a capital T. The pictures are on the lodge walls and on their website. These aren’t hatchery fish. These ‘bows have been spawning here for ages. The river also holds a smaller population of browns and the occasional brookie. 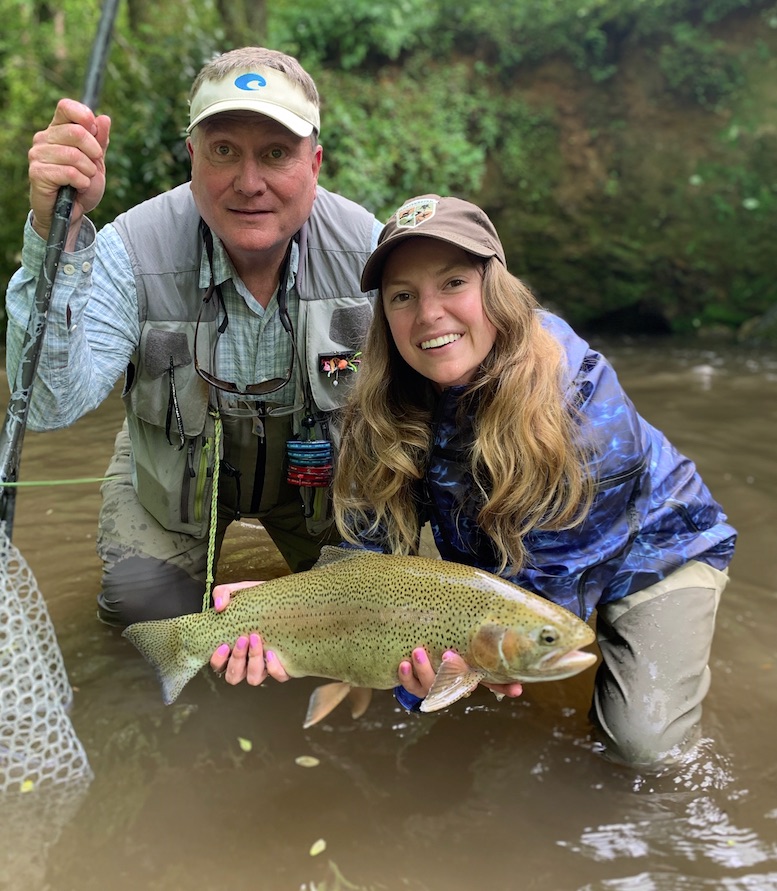 Guide George MacMillan and Josi Cole with one of her many fat rainbows.

My casting was rusty, but after a while, I was getting the hang of it. Nonetheless, the trout were not attracted to the offerings, only providing a couple of half-hearted bumps. That changed when Sean tied on a tiny plastic red worm under a strike indicator. It quickly drew the attention of a few rainbows in the one- to two-pound range. Trust me, these healthy fish gave it all they had, and as Sean netted one, I told him I couldn’t imagine how a 10-pounder would feel.

Mark Lovell, the owner, still lives on the family farm where he was raised. He talked about ‘back in the day’ when his grandfather, and then his father, was running the farm.

“Back then the family was in corn and crops, but that didn’t always pay the bills. So, like a lot of folks, they turned to make moonshine. And that did pay the bills. Moonshine helped them get through the Great Depression. Pretty much my grandfather, my father, and all of my uncles are part of the moonshine legacy around here.”

Since taking over the farm, Mark has spent the better part of 25 years doing intensive stream habitat and wildlife habitat work.

Today he proudly calls his part of the river “Some of the finest trout fishing in the world in our opinion.”