Predicting When Your Waders Will Leak

Over the years, I have tried many brands and types of waders and found that all of them leak. Maybe I’m tough on them or keep them too long. True, my wallet squeaks from lack of use when I open it. But one thing this experience with leaky waders has taught me is how to predict when they will leak.

I’ve found three clues that will tip you off to when your waders will fail.

Temperature: You know where this is going, so let me tell you a story.

Three of us had scheduled a day to fish the Davidson River Private Water in Brevard, North Carolina in early December. It’s the sort of trip you look forward to regardless of weather conditions. In our case, a cold snap came two days before the trip, the mornings dropped below freezing, and the water registered 40 degrees F.

I had left my wading boots in the back of the truck overnight and when I went to put them on they were frozen. I thought they might snap when I pried them apart to put my foot in.

The fish must have been cold as well. The first bite came after an hour of fishing, and I can’t prove my fly didn’t get sucked into its mouth when it yawned. 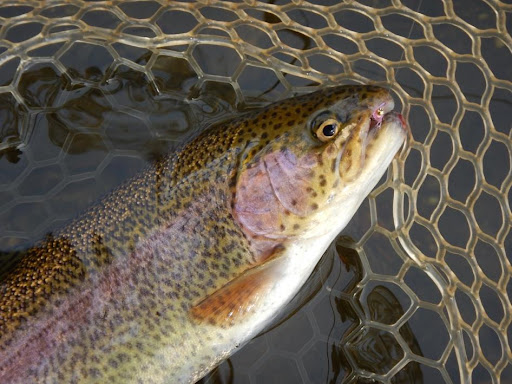 I was beginning to think I understood fishing, but it was just the onset of hypothermia

Eventually the sun peeked between a break in the clouds offering light if not warmth. The wind picked up just enough to remind me of the difference between temperatures and wind-chill factors. I caught a few more fish which now made my hands wet and cold.

Water Depth: Just before noon, I broke off my fly on a deep snag and moved to the bank to both warm my feet and tie on a new fly. Getting feeling back in my feet only reminded me that they were cold. Sitting on a pile of twigs and leaves, I managed with trembling fingers to thread a size 18 nymph that resembled the twigs and leaves I sat on.

Once rigged, I waded back into the pool about waist deep. The bubble line hugged the far bank and I suspected the trout were lined up beneath it. To reach out above a section of water that would create drag on my line, I waded closer and the water reached my wading belt.

This was approximately the time I noticed the seat of my pants had become, well, squishy. My boots weren’t full of water but I knew something wasn’t right.

I continued to fish and the bite continued to improve. Rainbows would take the nymph and immediately go airborne. It had a warming effect on my spirit if not my body. 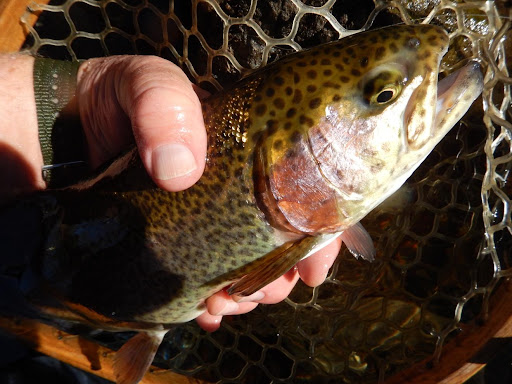 Wanting to keep fishing is one of the clues

You Don’t Want to Quit: By early afternoon, the fishing was good by any standards. Some nice fish came to the net and some just made an early, mid-air release. It was the sort of afternoon when your confidence is bolstered and you begin to think you really do understand how to fish. Of course, that’s just hypothermia setting in.

The wind blew stronger and the sun poked its nose through the clouds less often. By now, one foot felt colder than the other.

My shivering was sending tiny vibrations to my fly and the fish liked it even better. Stubbornly, I fished on.

Sometime late in the afternoon, a silent whistle must have blown underwater and all the fish stopped biting. You can sense it when you fish even if you can’t hear it. Maybe the water temperature drops a degree, or the light begins to fade. But you know it’s time to call it a day. 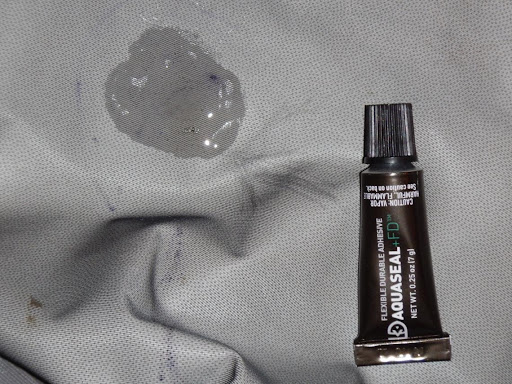 I’ll keep patching my waders, now that I can predict when they will leak.

Once back at the truck, I peeled off my waders and confirmed I had a pinhole even with my back pocket. Probably, I had sat on a catbrier when I stopped to tie on that nymph. In the meantime, water had wicked down my leg all afternoon without having sufficient volume to fill my boot, though it did a nice job of chilling that side of my body.

So, if you want to predict when your waders will leak, I can tell you the secret. Waders are most likely to leak when the water is 40 degrees or colder, you have to wade at least waist deep, and the fish are biting so well that you refuse to quit.

Even though my waders have sprung a leak, I won’t replace them right away. Instead, I’ll do my best to patch them since I now know when they are likely to leak again. In the meantime, I’ll shop for a pair of waders that only leak when the water is above 60 degrees F. Manufacturers need to add that to their specs. 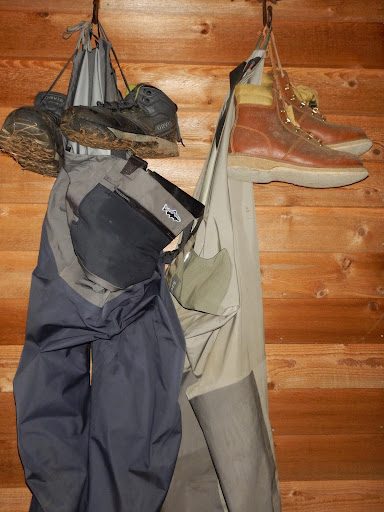 All waders eventually leak. The key is to know when

Jim Mize once owned three pairs of waders that all leaked.

You can find his award-winning books on Amazon or purchase autographed copies at www. acreektricklesthroughit.com. You can also purchase his books here on Rivers and Feathers Books.