As the body holds the spirit
and the spirit holds the soul,
so too the sea holds blessings
that are bestowed in only
the most enthralling of moments.

I went there alone on that cold late-summer day—or at least as alone as I can be when I’m some place solo with a good fly rod.

It was one of those places that only fishing can take you, this desolate wind-and-surf-swept beach that fetches north from the point of Cape Hatteras on the farthermost tip of North Carolina’s Outer Banks.

It was a lonely, soothing place, unlike “The Point” itself, always dotted as it is with sand vehicles and sand people throwing great chunks of metal and bait into the pounding crown of angry surf that marks the confluence of the two great quarreling currents that native Islanders in bygone times simply referred to as “She” and “He” and that came together in ages long-lost to give birth to Cape Hatteras.

Here, just north of where Amerigo Vespucci is said to have once dropped anchor in the Hatteras Bight a few hundred yards off the edge of the continent that would one day bear his name, these two great warring forces collide—She, the warm blue Gulf Stream lumbering relentlessly north fifteen miles offshore, while He, the cold, grey, south-seeking Labrador Current persists in an endlessly futile attempt to squeeze in between her and the outward-curving shoulder of America.

But alas, his efforts are perpetually thwarted as he is drawn by the Point itself into her inevitable clutches and then hurled east into the arms of that great blue effluent from the Gulf of Mexico as she rolls north unmolested, gathering him up and rudely returning him to the North Atlantic whose self-named current then angles back west toward the coast of Nova Scotia before finally turning south once more to again become the Labrador Current.

I crossed the dunes that evening through the same cut I had used for years when making my way out to the Hatteras Lighthouse, standing there as she had stood for more than a century, poised and defiant, hard up against the surf’s edge and daring the malevolent sea to come any nearer. And there the old light would have stood for a century more, I am told, had the courage of the race that built her measured up to her own and not dug her up by the roots and dragged her a mile inland where she now stands dislodged and supplanted in a low forest of twisted, wizened oak.

Alone on this wind-whipped beach, my gaze turned two miles southward to the Point itself where the dunes dissolved into the pale-ochre, salt-laden air that always seems to hover and glow above the sands and shoals that have long borne the name “Diamond.”

Before me lay what is arguably the wildest intersection of wind and sea and terra firma on the planet, with lumps and sloughs and near-vertical drop-offs, and long sweeping terraces of sand and shell and surf, all the result of that longstanding feud between the two aforementioned forces. And here I stood, weary and worn and utterly insignificant, begging permission to enter the conflict in bare feet and tattered pants and a shirt that hadn’t been buttoned for days.

I eased in between the clouds—below the low, looming charcoal-blue and pale-yellow ones hovering above me in the overburdened sky, and above the sharp, stinging, windblown clouds of sand swarming angrily around my feet, biting and stinging at my bare ankles and finally forcing me into the water, where I began unrolling cast after cast into the whistling wind and the undulating seams of the churning surf.

There wasn’t another soul anywhere for miles to the south or north, at least none that could be seen, though it seemed the place was rightly crawling with spirits.

The first fish hit barely four rod-lengths out in front, a big doormat flounder who struck as I stripped the fly along the edge of a slough. She took my little tan-and-white Clouser out to the edge of the breakers before I could turn her and eventually walk her up onto the hard sand in front of the tumbling slurry of an incoming wave. A half-dozen slate-brown rays skimmed north in a slow, undulating formation as I knelt and removed the hook from my slab-sided catch and then eased her back into the surf. I let the waves pull me a few yards farther down the beach before casting again.

A lovely tan, freckle-faced miss in short, tattered, cut-off blue jeans and a faded orange bikini top appeared from the mist, jogging long-legged, barefoot and alone down the beach, threading her way south along the hard sliver of silver sand that always forms between the topmost edge of the waves and the loose, ankle-eating powder that extends to the base of the dunes. Her thick auburn hair and the thin sea oats along the skyline both trailed away to the west in deference to the east wind tossing and feathering the surf and sending its salty spume into my face and eyes.

A lone skimmer rode a cushion of air north, gliding just inches above the water in front of me, his wings set and his lower jaw lightly scribing the sea’s surface as he sought his own supper, and when I looked up two casts later, both he and the lithesome jogger were gone.

Cape Hatteras was mine.

It has always been mine—from the time I first spied the old lighthouse standing sentinel in her signature spiral dressing gown, rising omniscient above the low angular roofline of Buxton Village as I headed south out of Kinnakeet on this narrow spit of sand with Pamlico Sound merging seamlessly with the sunset to the west and the darkening Atlantic booming and boiling to the east.

The old beacon burned a shrill and steady swath through the evening soup like a sweeping scythe as it beamed its warning to all who would pay it heed. Uncle Ed had told me about seeing that light from out on the Gulf Stream during his many years in the Navy, and now I wondered if perhaps Dad might also have seen it on his teenage odyssey from Bishop to Norfolk to Panama to Pearl Harbor back in the callow spring of ’41.

Many times I had fished this surf and sensed the old lighthouse’s calming presence there to the north off my port shoulder where she’d always stood, whether I could actually see her or not. But now she was gone, or at least displaced, sulking a mile or so behind me to the southwest where she really had no business being, beyond the dunes and the turtle nests and the sea oats and the past.

The next flounder hit as my mind was still wandering, and I had to furiously strip line to come tight on him. Then suddenly he turned and put himself on the reel before I had time to start cranking. The song of my old Tibor rang sweet and true above the trill of the wind and the cries of the gulls and the anxious beat of my own heart, and I was well into my backing before I was able to angle him out onto the edge of an incoming curl of surf and into the slough. From there it was pretty much a matter of time and patience until I could finally skate him up onto the sand with my side-angled 8-weight and ease the barbless hook from his jaw with the point of my knife.

It must have been a preordained day for flounder, for I quickly caught four more in succession before finally beaching a bluefish and then two sea trout, ending the evening with three more flounder, all but one carefully released back into the surf.

By now my little Clouser was thoroughly shredded, and frankly, so was I. So I slipped what was left of the fly into the hook keeper in the base of my reel and reluctantly turned and headed back up the beach in the waning light.

Everything was in a shadowless, monochromatic uproar—the pounding surf, the clamoring gulls, the ubiquitous sea oats dancing along the dunes, even the sand at my feet, swirled by the incessant waves and driven by the wind that hurled its grains low into my bare feet and ankles like fine shards of glass. 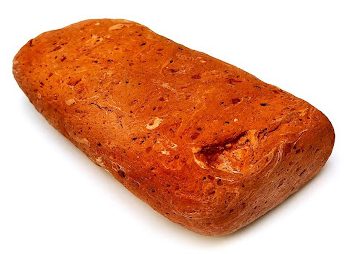 And that’s when I saw it—a single, stable point of pure unadulterated color. A lone burnt-orange fleck of warmth in an otherwise cold and colorless world, a hub in the universe around which the entire galaxy now seemed to spin. I puzzled as I drew near, wondering what this could be, this resolute point of stillness standing counter to all the turmoil that encompassed it, firm and defiant and completely out of tune with the utter chaos of its surroundings, this . . . this . . . brick?

This poor, lonely, half-buried, surf-savaged brick—its edges dulled, its corners rounded, its profile worn thin and its very heart exposed, showing each fleck of fired earthen clay from another century, another realm.

I dropped to my knees in the cold wet sand and lifted it from the relentless wash. It was as though it had been here for unfathomed ages, the harsh and abrasive world slowly wearing away its outer self and laying bare its inner spirit—a portal to the past waiting abandoned and alone on this hopeless beach for some soul as forsaken as its own to find.

I bore it down into the dark and angry surf and held it deep beneath the waves and let the waters cleanse both it and me, then rose from the sea with it in one hand, my fly rod in the other, and again climbed the steep and darkening beach and found the cut through the dunes and made my way back out into the wilderness of the world as the last light of evening slipped westward with the wind.

You may also purchase 19 YEARS TO SUNRISE through Amazon by simply clicking on the book cover below.

The author always welcomes and appreciates your comments, questions, critiques and input. Please keep in touch at Mike@AltizerJournal.com.