Author’s note: This story first ran in SPORTING CLASSICS magazine in 2015. While it’s not about fly fishing per se, it does acknowledge a special place where many of us first became lifelong fishermen; with flies, or otherwise.

There are several theories on what differentiates a lake from a pond. Some say a lake is large enough to accommodate wave action that forms a beach on one side. A pond is often described as being shallow enough to allow sunlight to reach every inch of bottom.

How ever you word it, size is usually the deciding factor. The universal assumption is that lakes are bigger than ponds. Yet, Thoreau’s storied Walden Pond covers 61 acres while nearby Crystal Lake is a mere 33 acres. Lake? Pond? Sometimes it’s all in the name.

So how do you tell a pond from a lake, or does the nomenclature really matter? In my mind, a lake is large enough to handle high-powered bass boats, sailboats and jet skis. It has enough water to hide constantly migrating fish in various depths and locations, requiring depth finders and an overabundance of worms, spinners, plugs and patience.

A pond, on the other hand, is small enough to provide glimpses into to its every secret place, every plant, every creature that swims and burrows in its depths or crawls and hops along its edges. A pond is a microcosm of a lake – a peaceful miniature that fills an angler with more anticipation than intimidation. A pond places its very soul at your feet.

I grew up a short walk through the woods from a wonderful pond in South Carolina. Capers’ Lake. We called it a lake but it was definitely a pond. Three acres or so of pure heaven for a pack of 8-, 9- and 10-year-olds – a gathering place for every summer day possible.

Bream were our primary targets. Sunfish, bluegill, pumpkinseed, shellcracker, redbreast – we called them all “brim.” With cane poles and Zebco 202s, we plied the edges and shallows, barefoot and in cut-offs, eagerly staring at bobbers or feeling each crank of the reel.

A bass was, of course, a home run. The largemouth variety. I can remember my first – on a black and white spotted plastic worm. I set the hook and he leapt like a one-pound marlin. My eyes still widen when I revisit that moment.

I can also recall my first “big one.” Vividly. A fat egg- laden female and a smaller male had cleared out a bed in the clear shallows three feet from shore. I was alone. No one there to share the moment with, which was probably better. My buddies would have probably been throwing everything in their tackle boxes at her.

At first she ignored a spinner and then a plastic worm. I finally tossed a big white bucktail that landed in the middle of the circular depression. The ¾-pound male rushed over, scooped it up and took off. I set the hook, reeled him and tossed him back.

While he was away rubbing his sore lip, I tossed the bucktail back to the same spot – in the middle of the nest. The female had been nervously pacing a few feet from the bed. She quickly swam over, opened her mouth and gills and vacuumed up the lure from a few inches away. That’s when all hell broke loose. I battled her to the edge and lipped her up. She was easily in the five pound range. For real. No fish story. Okay, maybe she’s gained some weight over the past 60 years.

I was so proud that I couldn’t wait to walk home with my prize. I’d pass a half-dozen houses and was ready to address a mass of admirers with a blow-by- blow description of the battle.

I didn’t see a soul. So I walked back to the pond, turned around, and walked home again. This time I was greeted by a throng of two. But I was satisfied, and they were duely impressed.

While my trophy would be considered a “decent” tournament fish on a lake, for me it was the lunker of the pond – still a clear and happy memory half a century later.

Something else that differentiates a pond from a lake is that everything is intensified around a pond. It’s a sort of sensory overload on the gentle cycle. The smells, the sights and the sounds are not so much bigger as they are more powerful. All brought together at your fingertips – a buffet in a tablespoon. 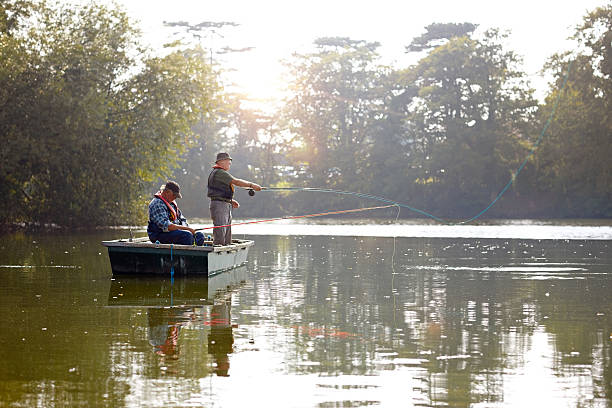 The complex aroma of coontail and cattail, pond weed and detritus, sweet shore flowers and willows, the fishy hint of a bream bed just off the bank… The sounds of bullfrogs and spring peepers, bird songs of every description, suspicious splashes that catch your ear…

The sight of ducks flying up in alarm at your approach, a muskrat or cottonmouth skimming almost invisible along the surface, fresh water stretching – not as far as the eye can see – but just over yonder, walking distance. Maybe even casting distance.

At a pond, the fish are right there within reach of your hook. Of course, that doesn’t mean their going to fall for everything you throw at them. You might get into some bream and have some quick action with average-size bluegills, but that “titty bream” isn’t going to come easy. You’ll need to flip your cricket right to her nose and hope she’s in the mood.

You do know what a titty bream is, right? It’s one that’s so wide and thick that you have to press it against your chest to pull the hook loose and keep it from flipping back into the water. 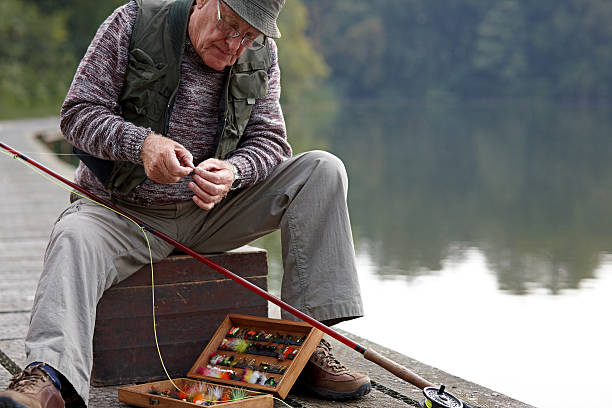 The titty bream is the three-bagger to the big bass home run. But to some, it’s the grand slam. And a stringer-full of bream so weighty that it has to be slung over a shoulder to lug to the cleaning table is a prideful thing indeed. A mess of titty bream. That’s a very good day at the pond.

If your pond fishing is only a childhood memory, then paying a visit to one might be a refreshing step back in time. If you’ve never been pond fishing, then you should put it on your list of things to do.

The hardest part might be finding a pond where you’re allowed to fish. It could take some knocking on farm house doors, or maybe just visiting a neighborhood pond and fishing until someone runs you off. Sometimes forgiveness is easier to get than permission.

A lot of golf courses have pretty good fishing ponds and they can provide some very pleasant evenings. That is, after the pasture-pool players have parked their carts and headed to the 19 th hole.

Once you’ve located the pond of your choice, preparation is easy. A very basic rod-and-reel or a cane pole, some worms or crickets, a few artificials – a topwater frog, a plastic lizard, a Mepps spinner – and a comfortable folding chair. If you’re flying, a light rod with a bream getter, stone fly, wooly worm, and the like should be good for some action.

While you’re sitting back feeling your blood pressure drop, ponder your own definition of a pond. Or better yet, don’t. Just enjoy the little ecosystem before you: the call of a kingfisher or bluebird; the scent of water rich with life; the sight of your bobber quivering then disappearing beneath the surface. Sit quietly and a pond will bear its soul to you. That’s what really differentiates a pond from a lake. 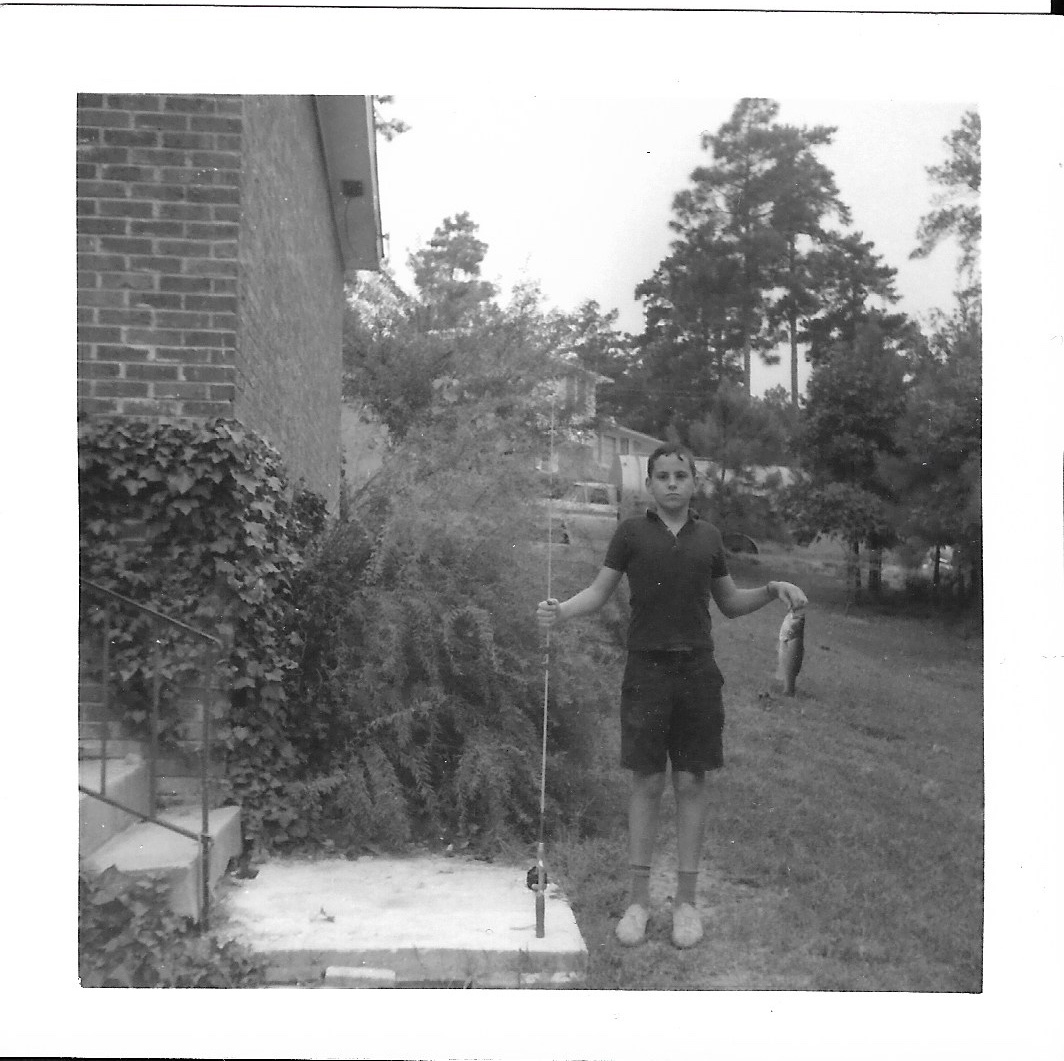