Maine, well-done. Next time, leave the heat behind. 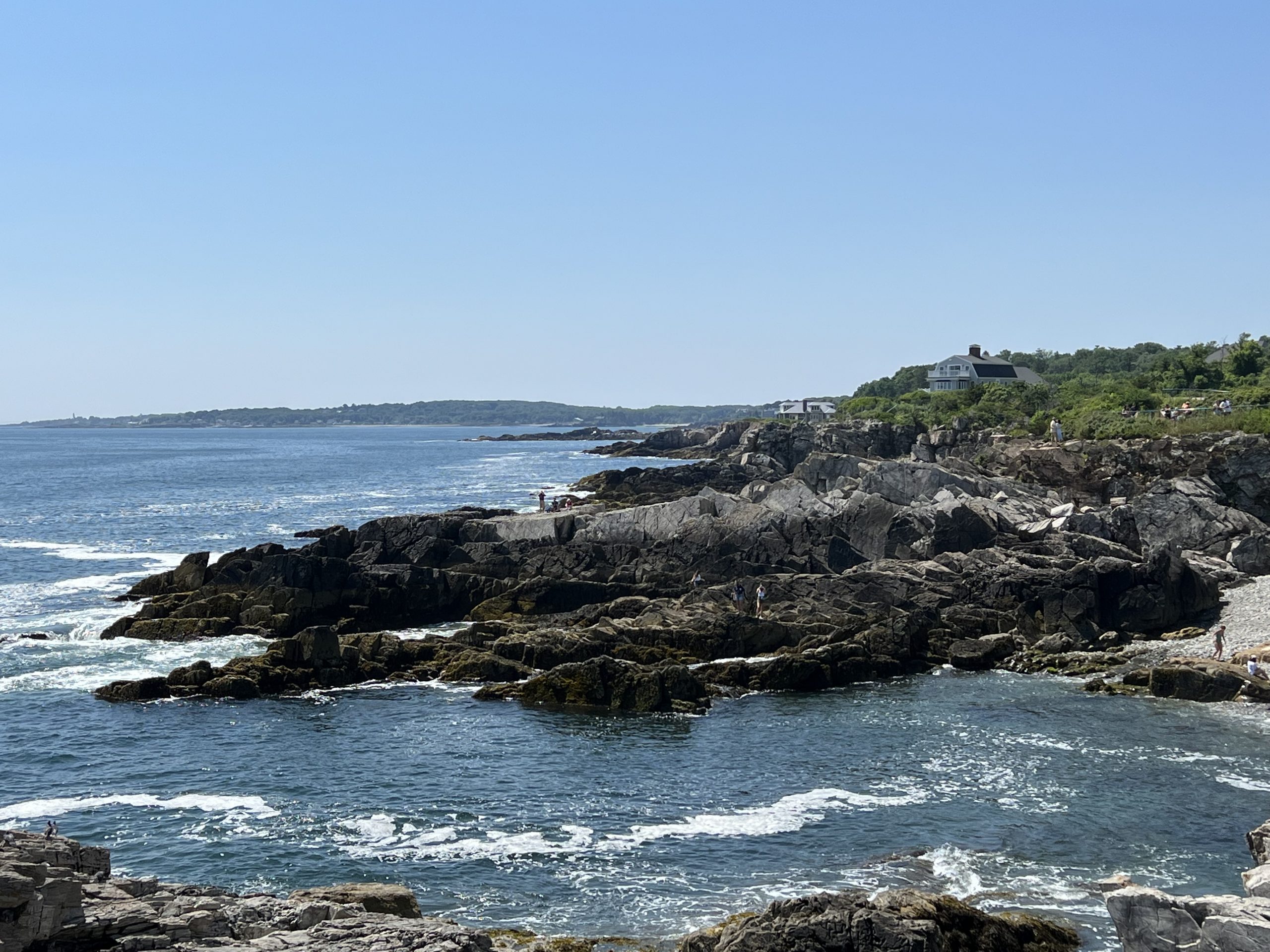 Maine; the land of loons, pine trees, lakes, LL Bean, lighthouses, lobsters, brook trout and friendly people. Perfectly situated with a summer climate supposedly with highs in the low 80’s and lows in the mid 60’s, offering a wonderful respite from the South Carolina heat and humidity. That is, until the heat wave of 2022 struck.

My wife and I visited Maine a few years prior and really enjoyed the state, the fishing, scenery, and ambiance and has been wanting to return. Our vacation plan was to spend some time in Portland, join some friends for oysters and lobster, visit some lighthouses, and stop in at LL Bean. During those few days, the temperature kept ascending, which left us wondering when increasing temps would finally peak. Seemed the “heat dome” was moving northeast with no break in sight until it was time for us to leave this beautiful state. Isn’t this usually the case though? 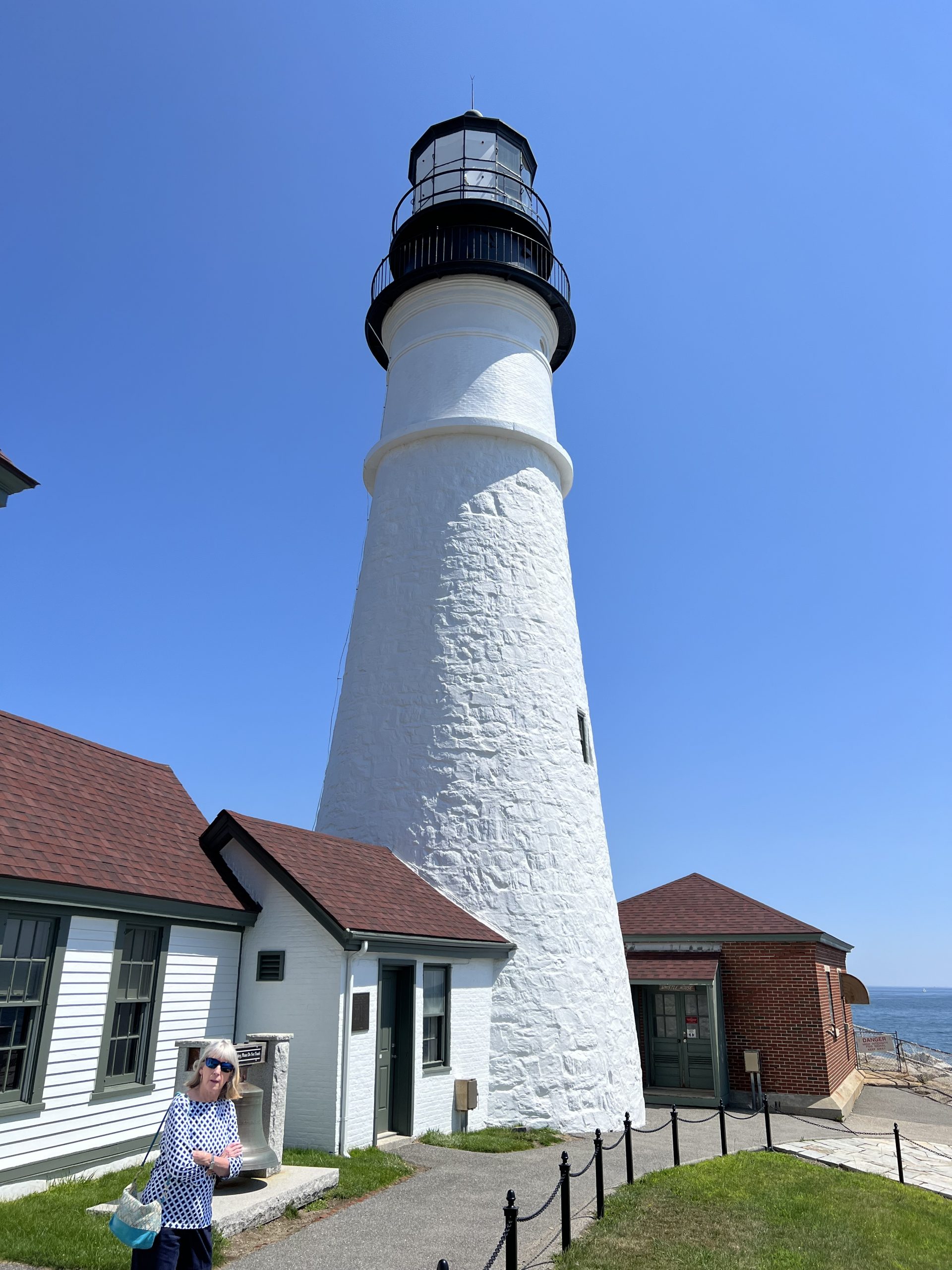 Dinner was in Portland with fly fishing friends Sarah and Ben, cracking fresh oysters, sitting in the back of a working tuna boat in the harbor watching storms off in the distant night, creating a true outdoor ambiance that would make it hard to leave the city. Coupled with lobster stuffed with scallops and shrimp, and various draft beers from an abundance of microbreweries, I may have found a new temporary home. But first I needed to remain focused on brookies until Ben mentioned that the stripers were still running. Next time!

The fishing bug was still very active and constantly perpetuating itself, especially after spending some time the next day with Jeff Davis, owner and craftsman of Maine Fly Company, a manufacturer of small-batch, high-quality fly rods located in Yarmouth, Maine. My weakness and tackleholic affliction could not be subdued as I admired their craftsmanship, then decided I couldn’t live without one. This just made my fishing bug craving worse.

After some enjoyable time in Portland and Freeport, we headed northwest with hopes that all research prior on temperatures and climate would hold out. 3 ½ hours into the Rangely area with the rental car air conditioner on semi-full blast was not a good sign. My hopes of “dancing brookies” on my fly were quickly fading. The planning and attention to detail, mapping out the trip, and hours spent tying flies, could all be circumvented by the uncooperating temperatures. The climate is always the equalizer in any new adventure. Reservations were made well in advance to escape the high humidity and upcoming dog days of summer, but there are some things one cannot control. 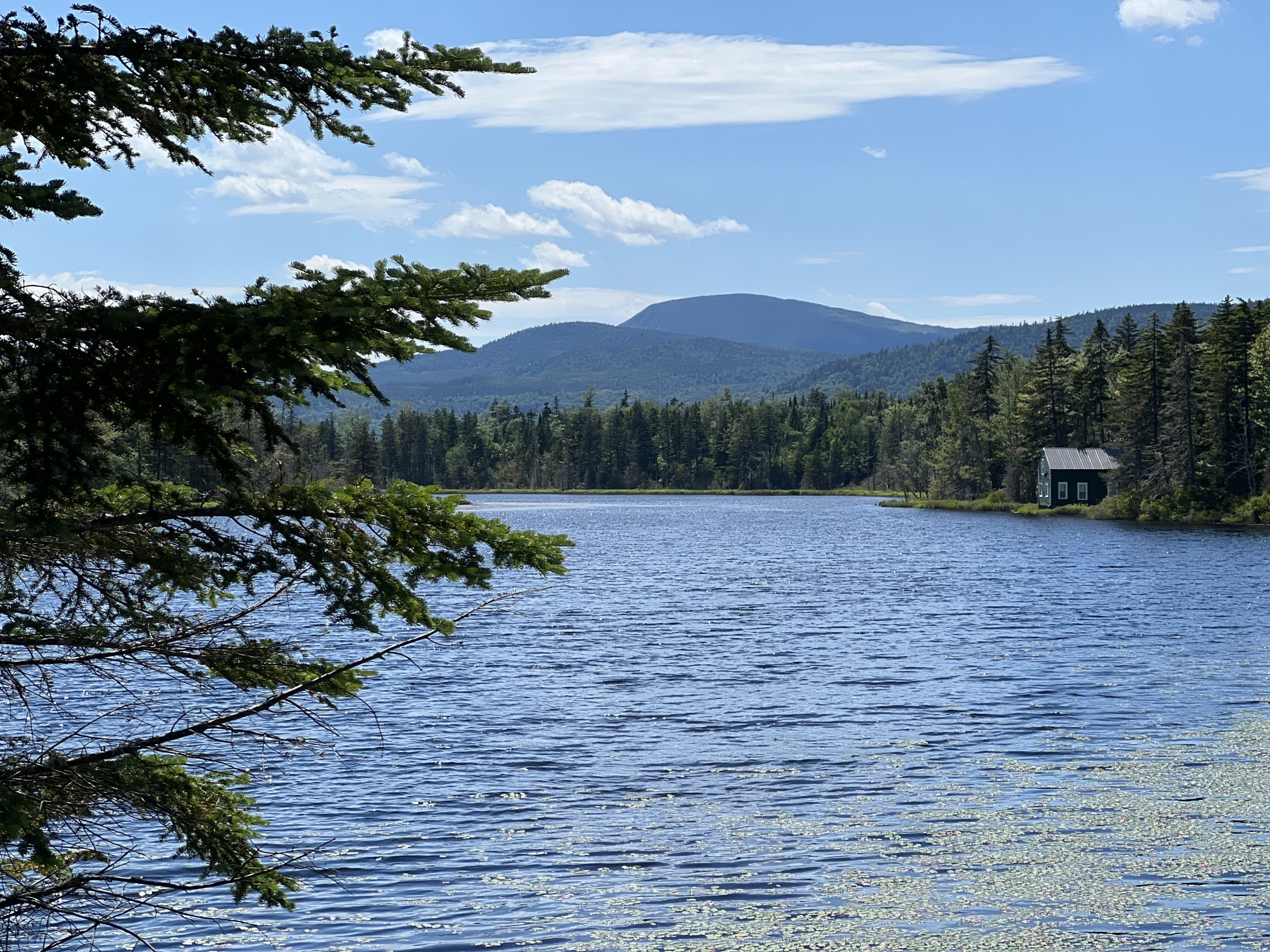 I decided to take the scenic Highway 17 for the long drive from Portland and discovered it to be a great decision. The views of the mountains were spectacular. Phone service was suspect here and made the trip interesting being forced to use a map once again. Ten miles northwest of Rangely, I found the sign pointing towards Grants Camp and followed a dirt road for another nine miles.

Crossing the Kennebago River and running parallel forced me to stop and meander down to the riverbank. Never being here before, I deduced the water was too high and, it was later confirmed, fishing would be fruitless. Seems water from the lake was exceedingly high and spilling over the top of the spillway, allowing that warmer surface water to heat up the river.

I pulled into Grants Camp and was amazed. The small cabins were lined like brown dominos down the lake’s bank, tucked in nicely by the flora. Each was complete with a screen porch, 2 small rooms and a dock out front to tie up a boat. The view electrified my futile fishing ambitions. 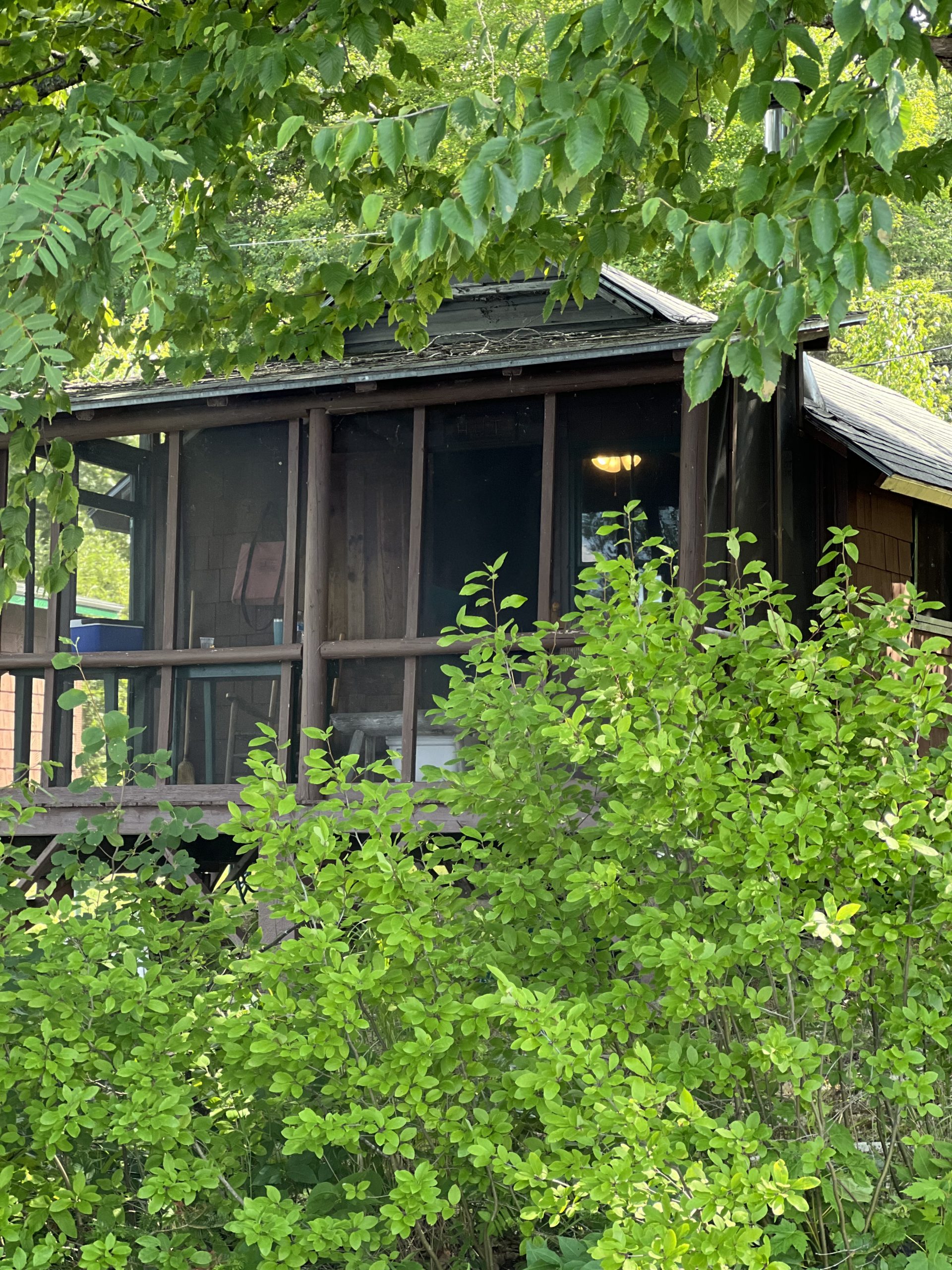 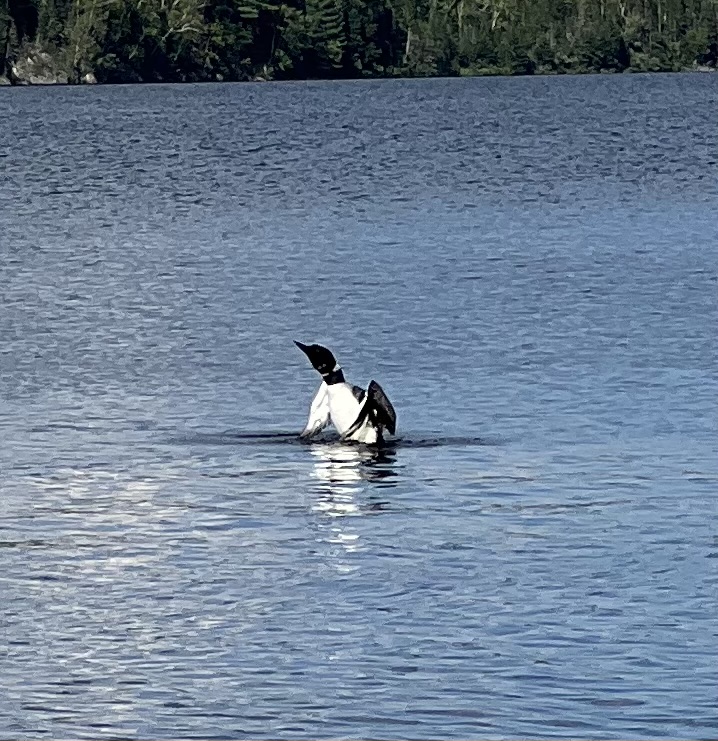 The only issue was the record-setting 95-degree F air temp that made the lake more appealing to swim than to fish. The views from my cabin were breathtaking. The surrounding mountains enveloped the lake on all sides. An enjoyable evening included sitting on the porch after dark listening to the fluted calls of the loons resounding over the water.

Several of the staff were ardent fly fishermen and it didn’t take long after brief introductions for the conversations to cascade into flies, techniques, equipment, and where to fish. Local knowledge was abundant and prolifically shared, and it humbled me. The chef graciously gave me several local flies he’d tied and assured me of their previous success. Nevertheless, it seems the oppressive temps would subdue all the fish, desecrating any thoughts of success, but I didn’t know that at that time.

Determined to give it a try, and maybe find that one dumb fish, would present quite a challenge. But I decided that I could either sit here and complain about the weather or take my aluminum rental boat and motor and explore the alluring remoteness the setting offered. With a fly rod onboard, a futile attempt to go through the motions was in order. 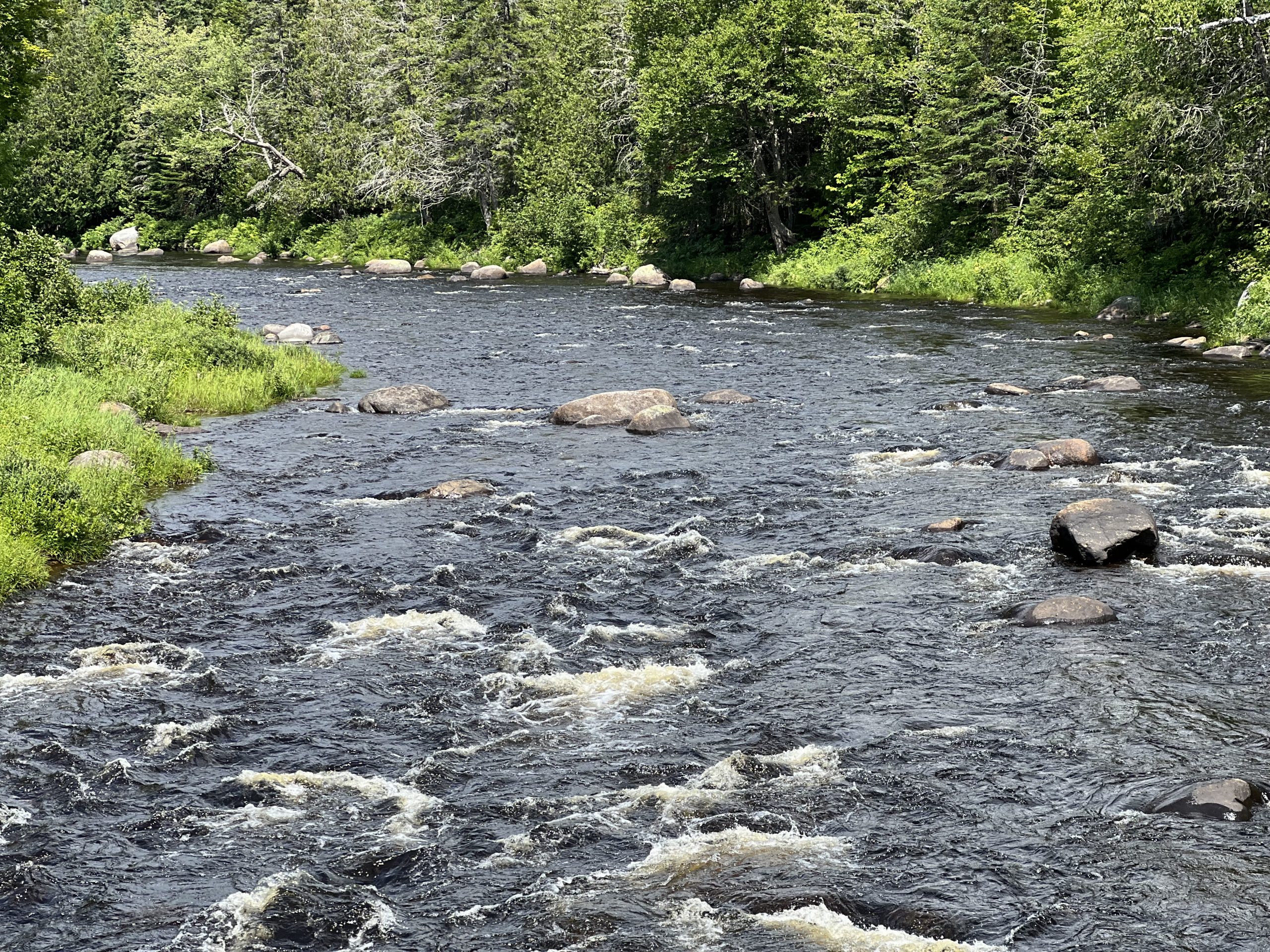 Regardless of what I had tied, they were not the correct flies, which is not unusual. I bought some flies from the office and was captivated, again becoming acquainted with flies such as the Hornberg, Black Ghost, Mickey Finn, Royal Wulf, Yellow Wulf, and others. That’s what really fascinates me about our sport – once again, age-old flies that have withstood the fish-catching abilities of time and proven over and over to bring fish to the net, are still effective. I haven’t tied or fished these patterns in 30 years and here I was, in the center of these magnificent and historical patterns, which are regularly fished for both brookies and landlocked salmon.

The name Kennebago comes from the Indian tribal name meaning, “The Land of the Sweet Flowing Waters,” and I assumed these would be cold waters until the heat wave arrived. Thoughts of meandering over to trek the “Fly Rod Crosby” hiking trails disappeared with the rising temps.

I discovered the trails were named after one of the most respected sports writers and fly fishing guides of her time in the 1890’s. Cornelia ‘Fly Rod’ Crosby used her abilities as an angler, hunter, and writer to share, conserve, and promote the abundant beauty of the Maine woods. Her contributions helped make the Rangely Lakes Region a destination for fishing and hunting. 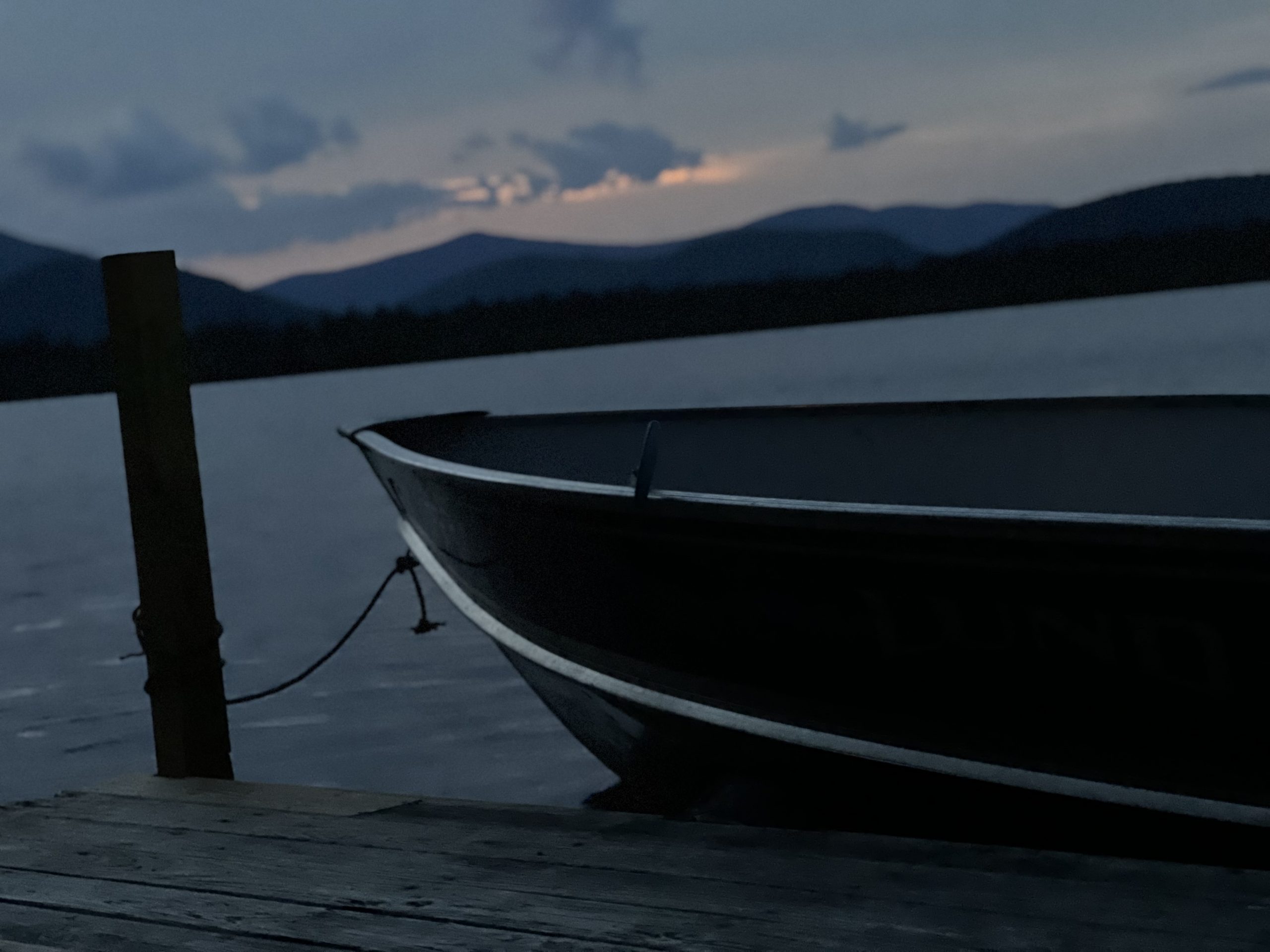 All fishing trips don’t end in success, and success shouldn’t always be measured by the total number of fish caught. The “Hex” hatch occurred on the lake in the late evening, providing the fish a buffet of meaty-sized mayflies. Yet, I never saw a rise. The Royal Wulf, Hornberg, and a few other local patterns coupled with some Smokey Mountain flies could not conquer the secret of the warming waters of Lake Kennebago this time.

Then I noticed a school of small smelt nervously swimming in the middle of the lake. Could this be my piscatorial instincts playing tricks on me? Desperate for a fish, any fish, I put a small size 14 pheasant tail tied behind a larger fly and surprisingly had some takers. These 4-inch fish were a welcome sight. 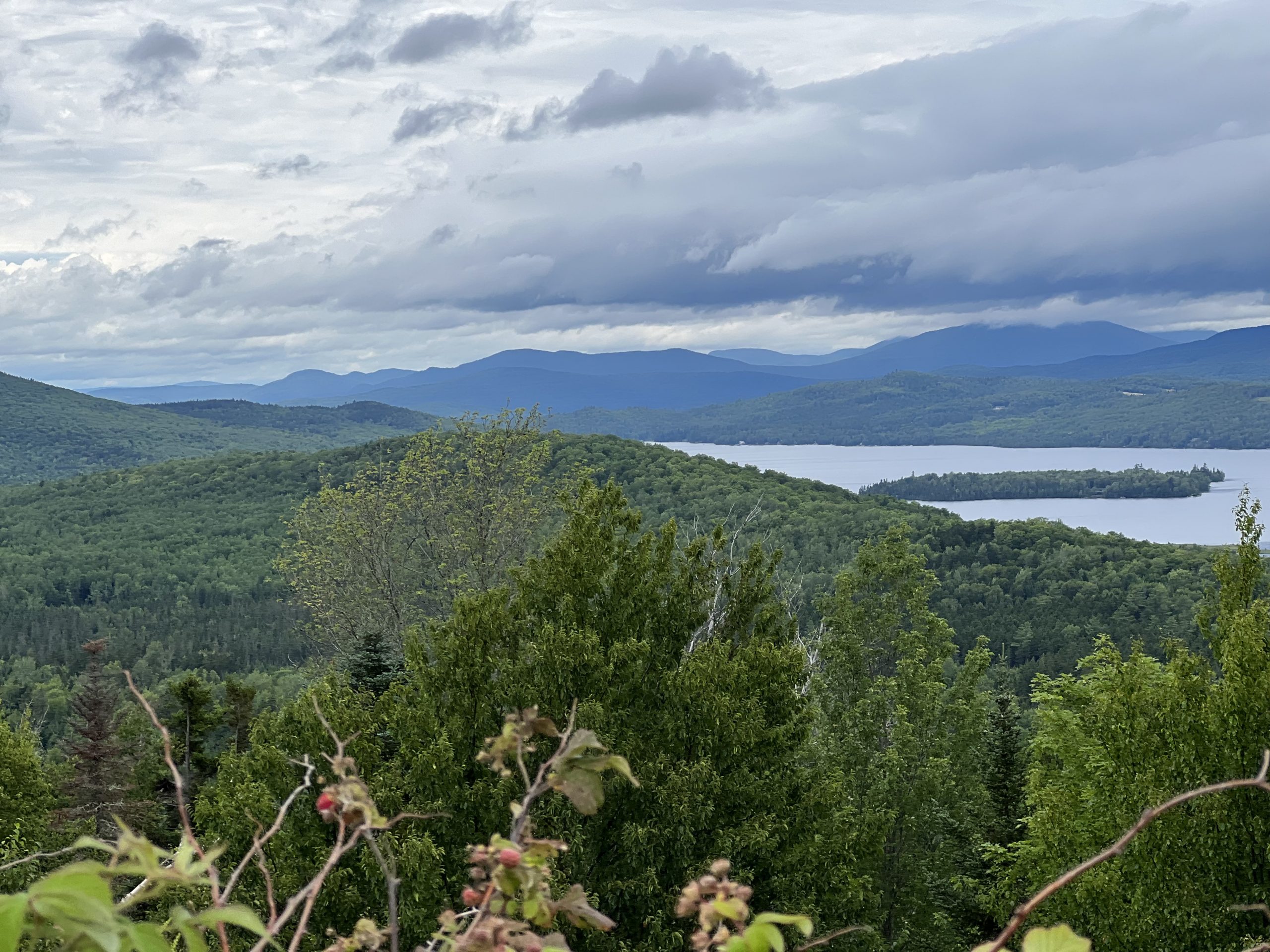 The accommodations at Grants Camp on Lake Kennebago were really nice. The friendly atmosphere, acts of kindness and willingness to help a southern boy catch a fish on a northern lake, despite the weather distractions, made the trip a success. Furthermore, the food was excellent and sometimes a full belly made up for any hindrance of imaginary fish landed. My excursion was still a winner, and I will return next year!

Editors note; the following book about “FlyRod Crosby” can be purchased through Amazon on our website by clicking on the book below 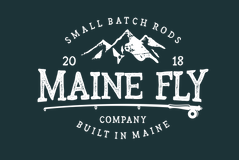