In the waning light of late evening, just before the red sun slides below the treeline off in the distant west, a serenade of amphibians and insects raises from deep in the swamp and the reflections of willows on the water’s edge slowly fade into darkness. Fish are rising in the shallows along the lily pads and weed beds, slurping down anything that ripples the surface. I slip a fat bluegill back into the water after it put up a tough fight on the end of my fly rod. It ambushed my popping bug when I wasn’t paying attention. I was pulling it back in to make another cast and I set the hook out of reflex when I saw the water boil around it. 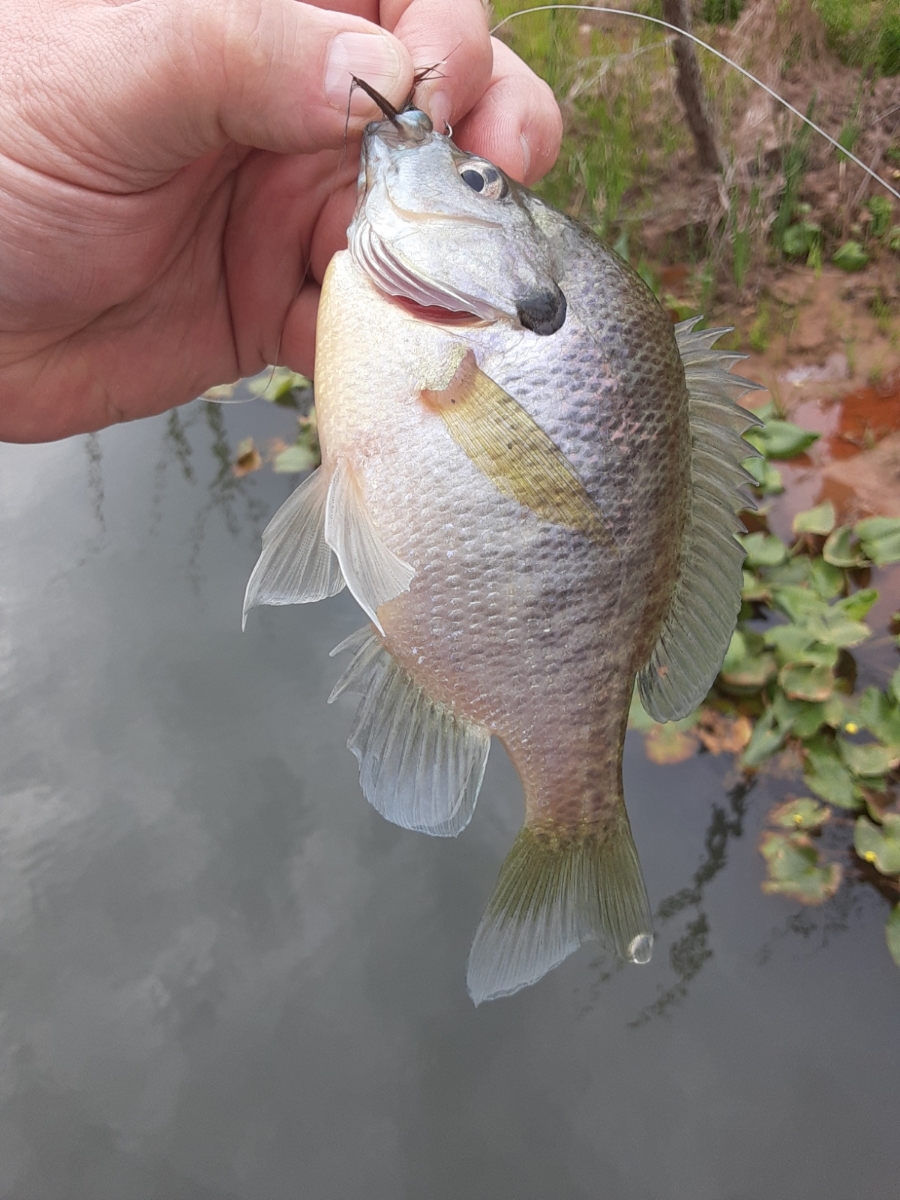 Bluegill, along with their kin such as the pumpkin seed, red-breasted sunfish, and warmouth all fall under the category of “bream” and are the species that almost every young angler cuts their teeth on. This is the fish I first fell in love with and that’s why I am here this evening. But instead of worms or crickets, it’s artificial bugs.

When I was a boy, my dad would wake me up on Saturday mornings before first light and take me to a pond or a riverbank with our bucket of red wigglers and Zebco fishing rods to catch a mess of bream for supper. Early on, I became adept at noticing even the slightest ripple or twitch of my big red and white bobber. My dad would always holler out “get ‘em” but by that time the float would be under and I could feel the twinge in my wrist of a fish that fights as hard as one twice or three times its size. I owe everything I know about bream fishing to my dad—my first fishing buddy.

When my son was about the same age, the first fish I taught him to catch was a bream, and he was a natural. He learned how to watch the line for the subtle movement of a take. Bream taught him to think like a fish and were a gateway into a life obsessed with fish. I also taught all three of my daughters how to catch bream, as is the tradition.

I make one more cast, and let the popper rest on the surface. A fish snatches it from the surface and runs into the depths. I feel the warmth in my chest and the mist in my eyes, because I always think of my dad when I hook a bream. I can only hope that my children will think of me in this way, long after I’m gone.