I Almost Went Through the Guides 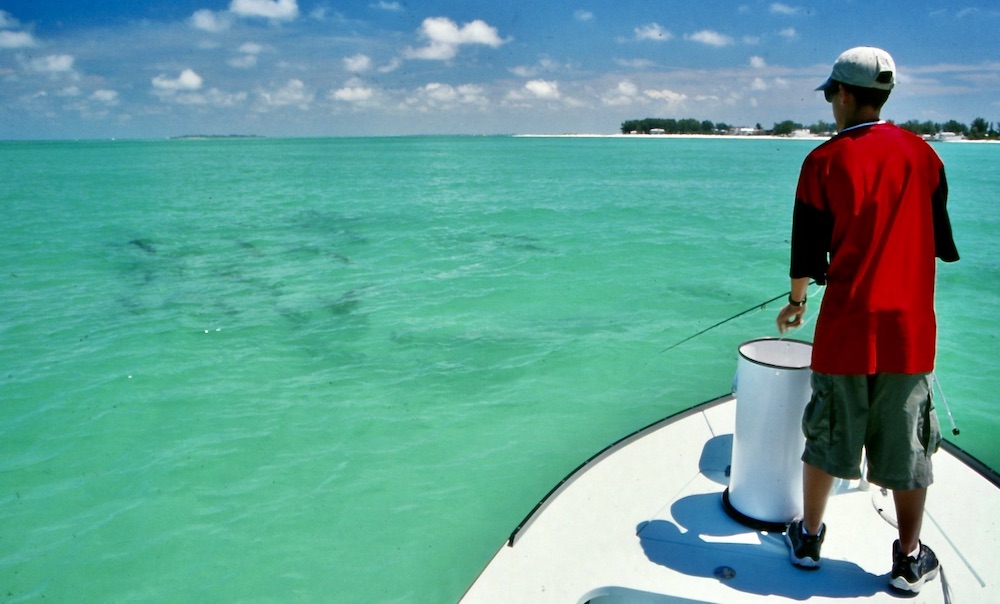 Here they come, a school of tarpon!

If you want to experience what may be the ultimate in humbling outdoor activities, consider fly fishing for big tarpon. Unless the hand of God intervenes in the form of incredibly good luck, you need to have clean water, good light, and a clear sky so you can see the fish, light winds so you can approach and cast to the fish, and lots of fish around, because you’ll need a lot of chances. A good guide will help enormously.

Long-lived fish, a big Florida tarpon has seen every kind of fly imaginable. There’s lots of fishing pressure, so naturally the fish are suspicious of everything. Where the fish see lots of fishermen, it’s usually hard to get one to bite a fly.

You must have a fly that appeals to the fish, one that that won’t foul (the fish won’t hit a fly with a fouled wing), and one with a strong hook that won’t bend or break. You need to have good leader tied with the strongest knots. You need to have quality tackle. A hundred-pound-plus fish that runs and jumps like a thing possessed will demolish any tackle that’s not of the highest quality. 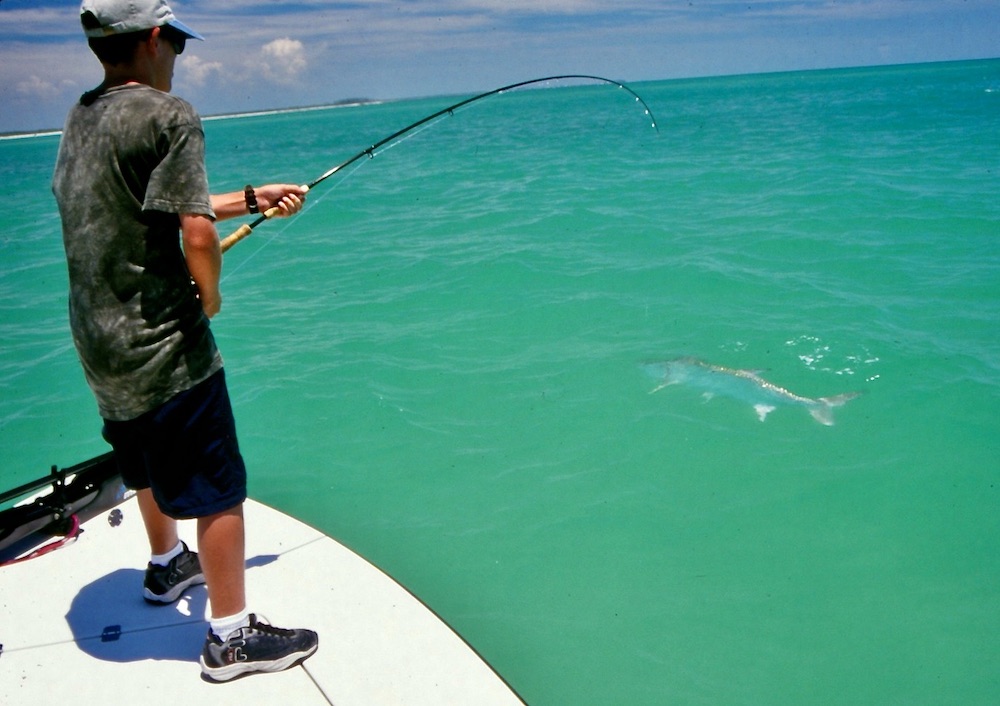 This young angler must have plenty of jeito- he’s hooked up to a nice fish!

You also need to have plenty of jeito, a Brazilian word which sadly doesn’t translate very well. It’s a combination of skill, luck, and panache, all very good things to have. Getting the bite requires it. Hooking the fish requires it. Tarpon have large, bony plates lining much of their mouth, and it’s hard to get even a surgically sharp hook to stick. And then, once the fish is hooked, keeping it on and then actually handling it to remove the hook requires large amounts of jeito. If anything can go wrong, it usually does. Following are a few examples.

During one tarpon fishing excursion, Doug, a fly fisher from California, managed after many hours and many missed opportunities to get a bite from a tarpon. That fish was about 20 feet away when its mouth opened up, looking like a terrifying five-gallon bucket. The fly disappeared momentarily. Doug reared back with the rod (terrible technique!), the fly flew out of the fish’s mouth, and that was all she wrote.

Another time, another angler, T.J., managed to get a bite from a tarpon, also close to the boat. T.J. stuck the fish beautifully. The fish responded by jumping and then swimming away rapidly. T.J.s line, flying about everywhere (the line’s typical response in these types of situations), got caught about the boat’s steering wheel, giving the fish a very early release. Fortunately, only the leader broke, and nothing else. 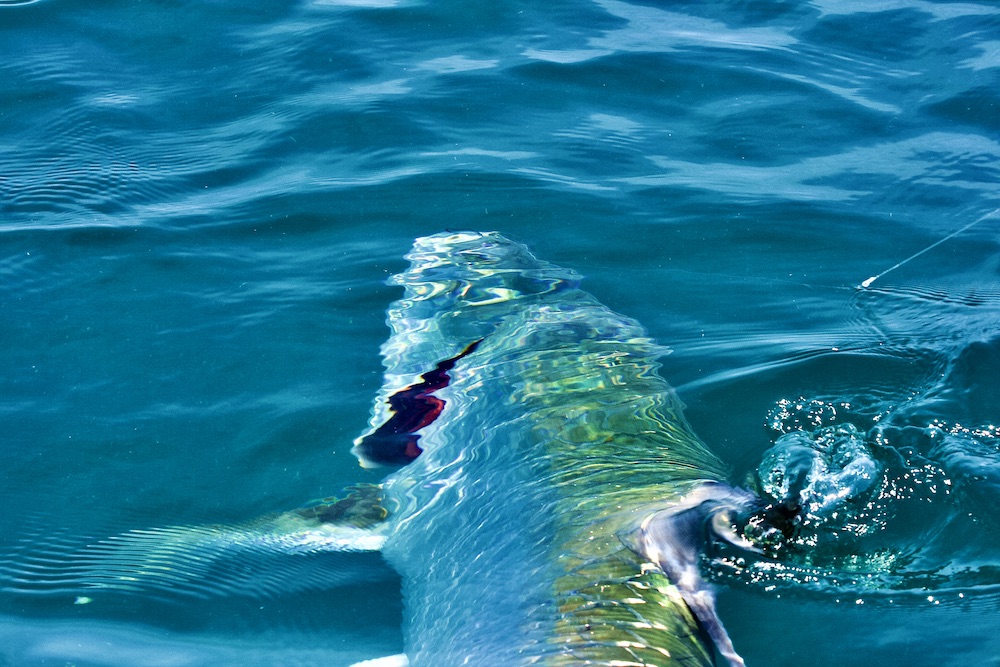 Getting close to the moment of truth- a big tarpon near the boat.

One morning, an angler that we’ll call Joe shared my boat. We were anchored off LaCosta Island, waiting for tarpon to swim up the beach on their way to Boca Grande. A pair of fish came, and Joe, who obviously had plenty of jeito, hooked the larger one. It was very much larger, maybe 150 pounds. The fish never jumped, not a good thing if you actually want to catch it.

We chased that fish a long way in the hour-plus that Joe fought it. Three times he had that fish within a foot of my outstretched and gloved hand, and three times the fish managed to stay out of reach. Finally, it broke off. We were almost five miles from where Joe hooked it. That fish kicked Joe’s bee-hind in a major way. Apparently, Joe did not have quite enough jeito!

Fly fishing solo one morning, I hooked a big tarpon. While fishing I wear a line clipper on a lanyard around my neck. It’s supposed to live inside of my shirt, but at this moment it was dangling outside, looking for trouble. When the fish made its first run, the fly line flew up and expertly wrapped around the lanyard; a beautiful job that would require a highly skilled hand to duplicate. The fish then almost pulled me through the guides on the rod. Fortunately, the leader broke before my head got stuck in the stripper guide.

I almost went through the guides!

John Kumiski lives in Florida. He’s been writing about the outdoors for almost 40 years. See more of his work at www.spottedtail.com and www.johnkumiski.com.