The spring creeks are dead this winter. Not fishing slow or tough; literally dead. Killed by one of the hundreds of wildfires that ravaged Utah in 2018. This particular fire burned from mid-September up to the opening of the deer hunt. The Forest Service could’ve put it out when the blaze was a mere five acres, but for reasons known only to the desk jockeys who made the decision, the entire mountain I grew up on went up in smoke.

Creeks turned brown, running so thick with mud you could’ve used it to cast the thousands of hoofprints left by animals fleeing the fire. The trout predictably died, and the few reconnaissance trips I’ve taken since the fire died have yielded absolutely nothing. Streambeds were rerouted, gravel runs buried under a foot of silt, and banks collapsed, eliminating the last vestiges of good riparian habitat not yet destroyed by the free-range cattle.

The spring creeks weren’t exactly in the best shape to begin with, but the fire stole more than just their aquatic biospheres. The fire burned away the promise made between streams and anglers – that streams may hold fish, and if they do and if you try long enough, eventually you’ll hold a fish of your own.

Ironically, the spring creeks are finally fathomable now that they contain nothing of value to anglers. They’re a sure thing, but only in their barren certitude. All that makes for a hell of a long winter. 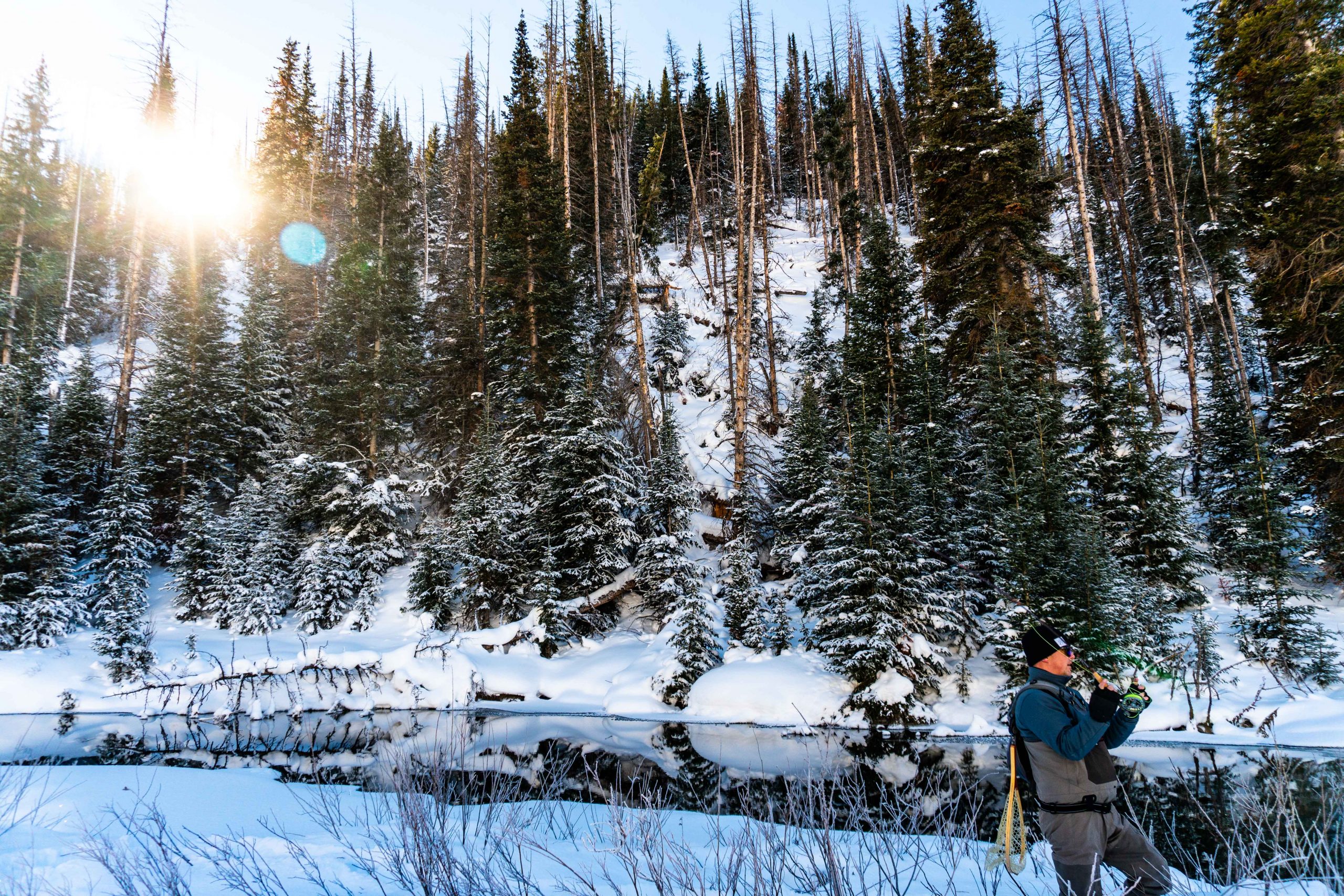 These streams helped me through winter for the better part of a decade. They were dependable in the way a trout stream should be. I knew they held fish – a few big ones, if the stories were true – and I knew the midges would hatch if the weather crossed 30 degrees Fahrenheit. And like a proper trout stream, the possibility of catching fish was left to my rudimentary skills.

My favorite of the spring creeks flows largely through private property, which meant that I always had the river to myself. The stream is in a canyon, at the mouth of which was a small town settled by my fifth-great grandfather, back in the late 1840s. I’ve explained my ancestral claim to current landowners, who’ve all been more than happy to let me fish.

And it’s those wonderful days of solitude, surrounded by the peaks of the Wasatch Range, wild turkeys, rabbits, deer, coyotes, fly-eating willows, and the West’s ever-present cattle, that got me through the cold snap that is a Rocky Mountain winter. I’ve heard that winter approaches gradually in other parts of the country, slowly announcing its arrival before settling in, almost apologetically, the way someone looks at you when they take up the last empty seat next to you on an airplane. Neither of you are happy about the severe lack of space, but it’s nobody’s fault. It’s just life.

Here in the Rockies, winter shows up like novel-length political rants on Facebook posted by your perpetually out-of-work uncle. It’s part of the family, but it’s a shock when it first appears. Winter trout fishing comes to the rescue, though, much in the way grandma rolls her eyes and tells said deadbeat uncle to shut up or move out of her basement.

Winter settled in back in October, and it’s not going anywhere soon. I normally look forward to winter, to the soft, quiet days on the water, breathing sharp air that reminds me I’m alive. Now, though, that the spring creeks are dead, I’m twiddling my thumbs and begging for this cold snap to end. It’s like sitting through a deadbeat uncle’s insistent tirade that Russia isn’t that bad, glancing helplessly around the room for any kind of an out from the conversation.