‘Cause I love that dirty water

Things are quiet in Boston at 3:00 AM. It’s a half-hour after the bars closed so the drunken madness is literally in my rearview mirror. Virtually all the traffic lights blink yellow. It may be 5 or 10 minutes before I see another car, delivery truck, or taxicab, and the morning commute hasn’t yet started. The morning is calm and relaxed and there are no gridlocks or honking horns. This time of day is wonderfully peaceful, so much so that sometimes I wish it always was this way. 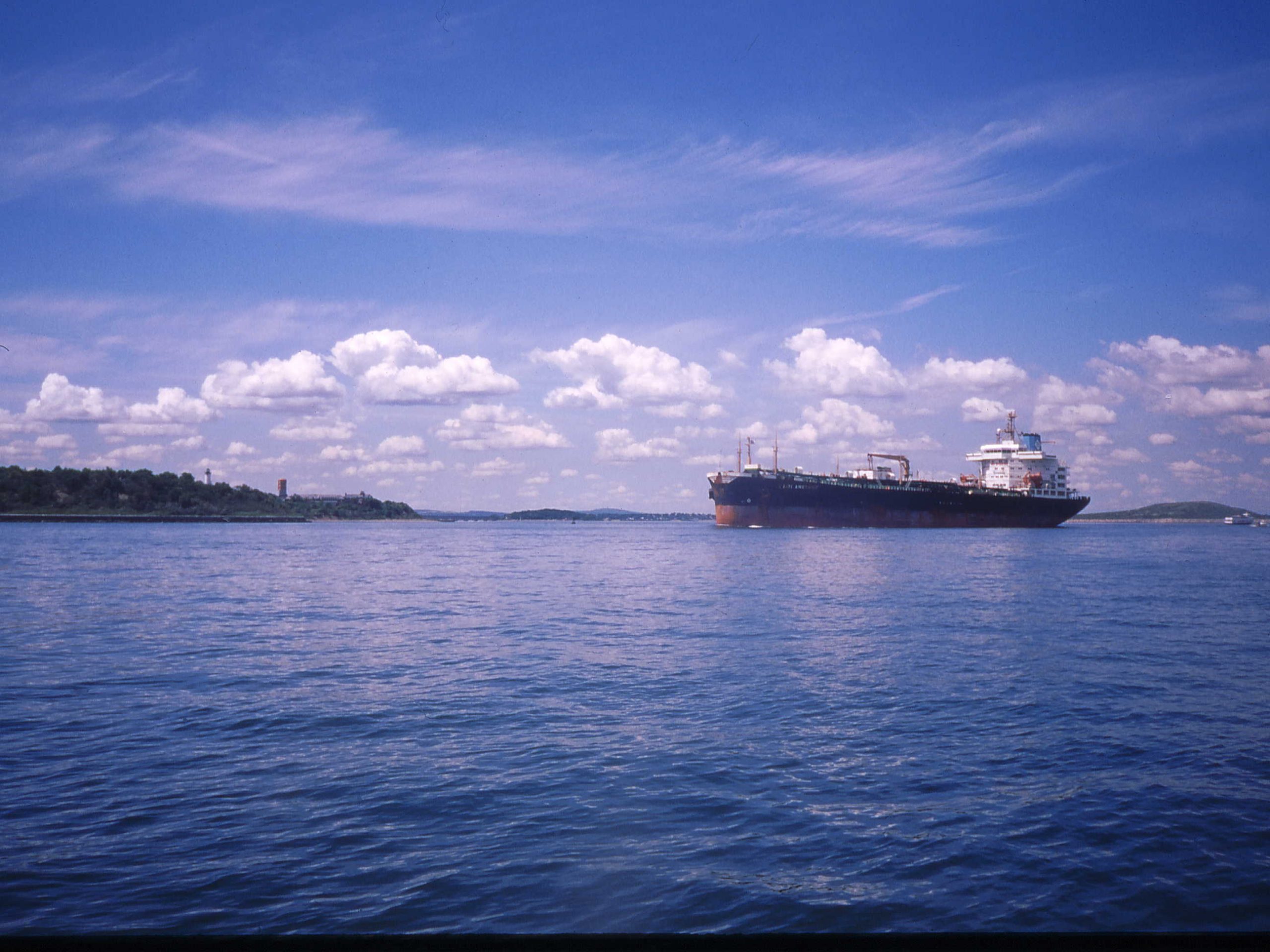 When you own a boat and know where the fish are you have lots of friends. I gladly pick them up on my way to my boat. Sometimes I’ll swing by the flat of the Hill where I pick up Cabe. Then we drive past the Boston Common where the earliest of settlers grazed their cattle. If you believe in ghosts, then you’ll feel a cold wind blowing where the gallows were located. They were used during the Salem Witch Trials and are overlooked by random panes of lavender glass in select Beacon Hill homes. These defective panes were supplied by the Brits to the Colonists long before the new State House and its gold dome were built.

Other times I drive along the Charles River to pick up Jeff in Charlestown. The monument dedicated to the Battle of Bunker Hill is beyond the college that provided the setting for the movie Good Will Hunting. We might go on or we might swing over to the North End for another pickup. We’ll pass Paul Revere’s home and the Old North Church. At 3:00 AM the statue of Revere riding his horse to announce the approaching Redcoats is ominous indeed.

Ultimately, I’m on my way past Logan Airport to nearby Winthrop where I keep my boat and trailer. Me and Bobby Lee worked out a corker of a deal, and for three hundred bucks he let me store my boat in the yard. I wanted to have easy access to other spots so that when the fishing slowed in Boston Harbor I could easily haul it to other hot spots. Bobby Lee included a freshwater tap in the fee – an essential for outboard rinses and boat washes. I didn’t have to spread bottom paint on the hull or spend a month’s wage on a more convenient slip.

A few hundred yards away was a public boat ramp. It’s a gritty affair. There are no floats and fingers, just a lot of eel grass, cordgrass, and salt hay. Not many people used the ramp at that time of day so it was easy to launch and fish what the Standells called “dirty water.” The famous Los Angeles band wrote about Boston Harbor and the Charles River in their 1965 hit smash by the same name. These Left Coasters knew the troubles faced by my East Coast town. In fact, everyone did. The pollution that started in 1773 when Colonists protesting the Tea Act dumped a boat load of the favorite refreshment into the Harbor continued for two centuries. Cleanups began in the ’70’s and continue to this day. Finally, Boston Harbor is swimmable. Catching a striped bass within city limits is as common as sunburn. 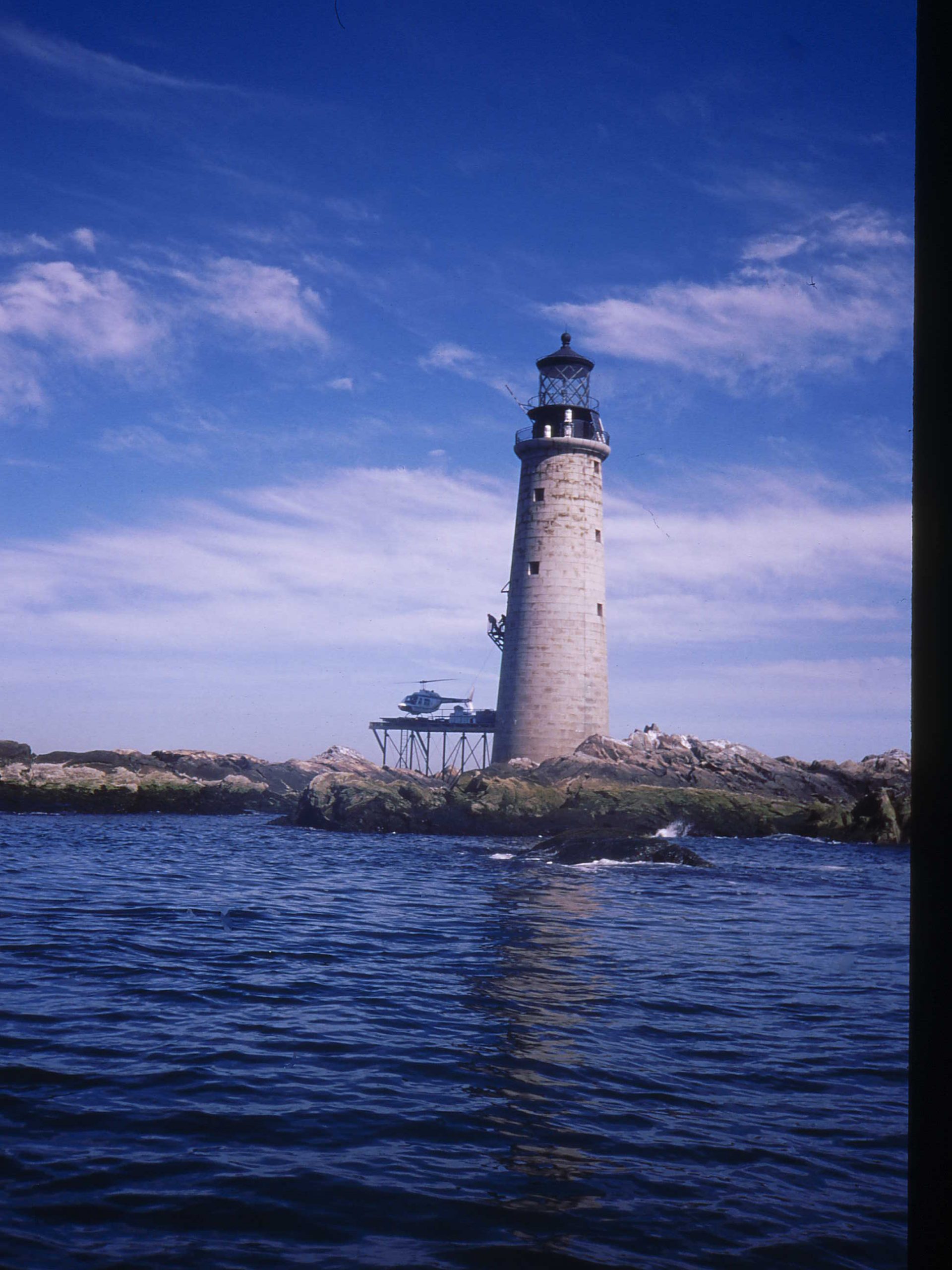 There is always a lot of radio chatter in the harbor. When the striped bass are in, the talk is excited. During a slow bite the transmissions are subdued. Some of my buddies are charter captains en route to pick up a client while others are recreational fishermen like me. Because the harbor is comprised of a robust 50 square miles of water, we talk a lot. There are 34 inshore islands and 180 miles of shoreline which means there is a lifetime of places to find fish. Some, like Chelsea Creek, are thoroughly urban while others, like Graves Lighthouse, are more scenic and pristine. We chatter on the radio to help each other find fish, and since we don’t want a flotilla of boats in our spots, we talk in code.

The funniest part comes about a month after the fish arrive. We’re up at 2:30 every morning, Monday through Friday. We’ll fish until 8:00, fight traffic to work, and grind it out all day. We’ll tie flies and re-rig at night and catch a few hours of sleep. A month of sleep deprivation ultimately catches up with us all, and it gets manifested by twisted codes that spark confusion.

“You said there were lots of rattlers and I went there and it was as dead as a haddock.” That was a code that indicated a hot bite at Snake Island near Logan Airport.

“Not what I said. I said I heard a lot of rattles.” That’s totally different for the latter indicated the clanking of prisoners’ chains coming from the Civil War detainment center on George’s Island.

The heartburn washes away after a few beers, but the laughs continue. The recent popularity of cell phones has largely eliminated the chatter, and while a call or text is more secure, I’m not sure the method is for the better.

Where else can you catch striped bass and bluefish while a 747 flies in overhead? Where else can you put down the throttle and, after a 30-minute run, find yourself in so scenic and quiet a place that you’d believe you were in Coastal Maine? Where else can you hook a fish off an airport runway while watching the frigate that George Washington named Old Ironsides in its once-annual sail? Where can you catch a ground fish like a cod on a fly? Where can you fish around history knowing that pirates were strung up on Hangman’s Island, that a Civil War prison was built on George’s Island, that WWII bunkers were set on Long Island, and that sheep were grazed on…well…Sheep. Boston Harbor, and that’s why I love that dirty water.

In the spring and fall we’ll hit the river systems. Herring roll in around early May, and their Glass Minnow fry drop out in the fall. Bass roll up through the main shipping channels on flood tides and spread out through the mud flats, throughout the rock gardens and along the reefs and ledges. They chase a seasonal variety of menhaden, mackerel, squid, and silversides until the water temperatures warm.

The summer is a good time to work the rocks of the inshore islands. The cooler, deeper water in the Outer Harbor is clear and pollack is the dominant bait. Don’t overlook June, though. It’s when the lobsters molt and shed their hard shells. If you’re stealthy you’ll see them in the crystal clear water rooting a crustacean from a crevice. Or you might catch one that has red marks from abrasion all along the underside of its belly. 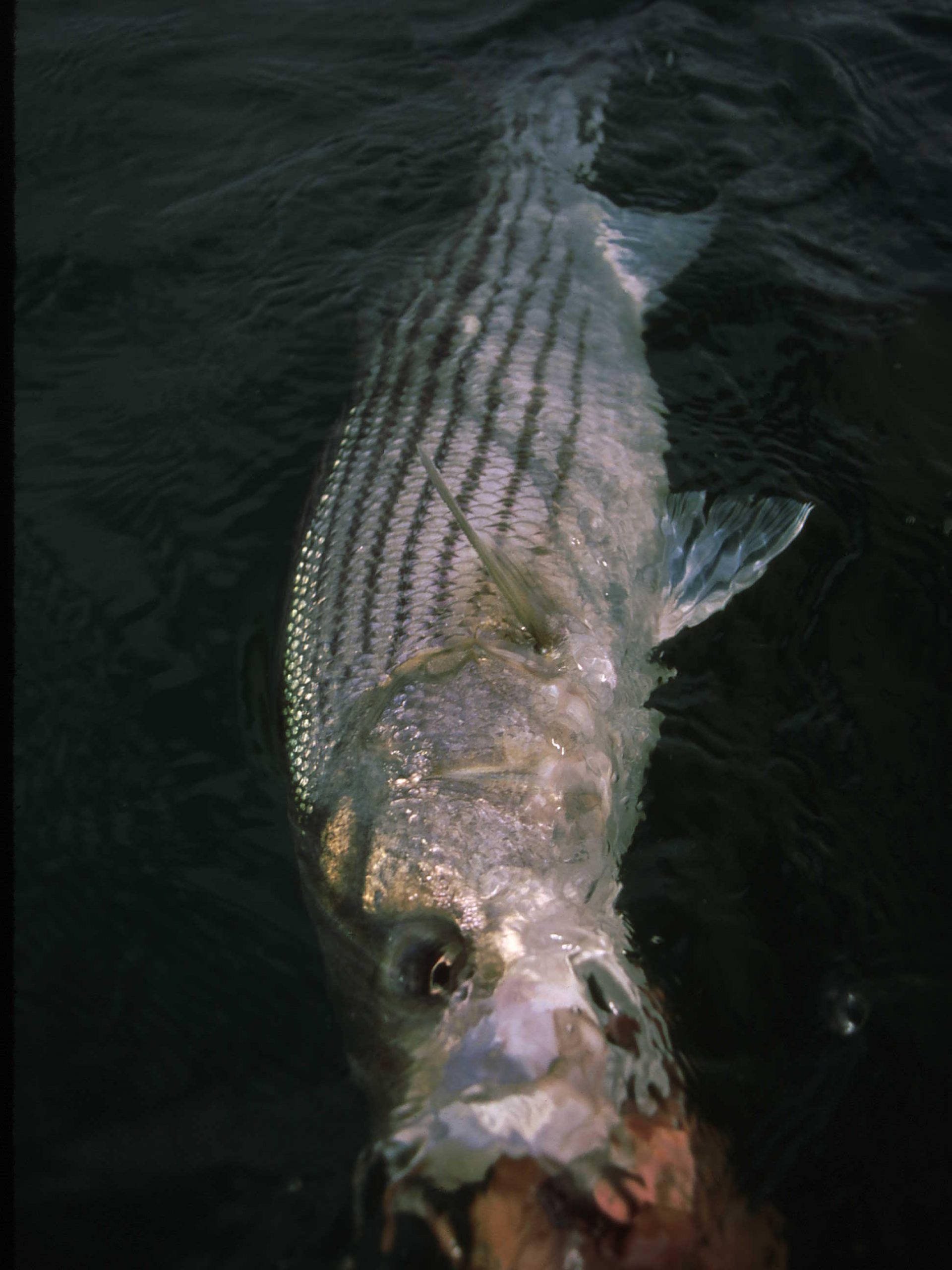 Lord have mercy have we had a lot of fun. I remember the time when Cabe’s ‘one last cast’ went on for an hour. The real last cast produced a legal bass and was worth every bit of that extra hustle. I remember head hunting with Jeff. We were tired of catching lots of small fish and instead were looking for a beast. There is a ledge just off of the South end of Little Brewster Island and we drifted over the top. He went tight, but not to a bass. Instead, he produced a nice cod. While there is a resident population of the ground fish that favors depths of 200 feet it’s a rarity to hammer one on a fly.

Of it all, meaning the history, the diversity of spots, the different species of fish, and the hustle, I love Boston Harbor rocks the most. Captains need nerves of steel combined with vigilant observation to weave through the ledges that can tear off a lower unit. Truth be told the navigation is easy on a calm day just as it is on a day with regularly formed ground swells. The objective is to position the boat close enough to the rocks so a fly rodder can pitch a flatwing in the wash, which is where the waves roll off of the rocks. The better the caster the more I breathe. The adrenaline rush is unparalleled.

It can all go south in a hurry. Occasionally, sudden rogue waves appear. If you’re not careful they can pick up a 20-foot boat like mine and toss it like a Frisbee in a hurricane. I’ve caught each and every surprise wave, but I almost bought it once. It was when I was fishing the rocks with my friend Ben. The skies were blue, the sun was bright, and there wasn’t a luff of wind in the air. We were banging fish like fireworks on the Fourth of July when I thought I felt a tap on my shoulder. I turned, no one was behind me, but I saw a 4-foot rogue wave headed our way. Ben jumped off the platform into the cockpit, I jammed the throttle and came about, and we tore up the face of that wave. The outboard whined when it came out of the water and we crested the wave, hitting the trough with a thud. Rods, bags and camera gear flew all over the deck and it reminded me of that famous saying; “I’d rather have a drink on the rocks in my boat than be in the drink with my boat on the rocks.” That one was close.

Boston Harbor is one of the most unique fisheries in the world. We share the water with a tremendous diversity of vessels. Some are old sailing ships like the U.S.S. Constitution, others are cruise ships coming in to port, and others are high-speed water shuttles that ferry brokers and traders to the Financial District. Lobster boats run every day while day sailors practice coming about. Boston Harbor is wonderfully diverse, and do you know the best part of it all? I can catch the First Light bite every day and still get to work on time. Well, usually on time.