To use the verbiage of the day, I generally don’t play well with others. Growing up, I was called “contrarian.” But they were wrong. My teachers said I was “oppositionally defiant.” I vehemently disagreed. What I really am is a peace freak/change the world/ hippie-throwback from back in the decade that was the 60’s, yeah man, the 60’s. It was a time when such literary luminaries as Vonnegut, Bradbury, and Steinbeck were pushing the boundaries of literature. Richard Brautigan was doing such things as titling a book Trout Fishing in America, while it only minimally deals with fishing and then goes on to dedicate an entire chapter to his desire “to write a book that ends with the word Mayonnaise.” Such rebellious actions somehow stained, (I prefer the term “influenced”), my thinking and outlook, transforming me into what I am today: an average, not overly motivated, occasionally witty, rebel without a cause. Of course, Brautigan and the other movers and shakers of the 60’s had something going for them that I don’t: they had a cause, something to stand for. They rallied against the system. They pushed the envelope. What do I have? Nothin’. So, what I really need is a cause.

You can get away being a rebel without a cause in your teens and 20’s, they call it “going through a stage.” But when you get to be my age and you act that way without a cause to stand behind, what they call you is much less flattering. Phrases such as “lazy jerk”, “unmotivated slob”, and “jackass” start getting bantered about.

So how does one go about finding a cause? Causes aren’t just falling out of the trees, you know. Not the good ones anyway. That was the question running through my mind the other day while I was on the river being out fished by about a 3 to 1 ratio, which is par for the course. All that fishless downtime gives one plenty of time to think. The beauty of being a bad fly fisherman is that you have a lot of time to think. Consciously you focus on the cast, the drift, and the mend while subconsciously you work out the really important things in life like, will the beer still be cold when we get back to the truck, and what type of cause can an aging, cranky, wanna-be hipster like me champion without over exerting his middle-aged, out of shape body?

Somewhere between my first and fiftieth cast I came upon the realization that fly fishing is probably the ultimate counterculture sport:

While the idea is to catch fish… many of us release the fish we catch anyway; and while we enjoy catching the fish… we give almost every advantage to the fish, intentionally fishing small flies with pinched barbs on the thinnest of lines. So deep into my mind warp was I that I almost missed the twitch of the leader signaling a strike. Almost.

But my elation was short lived as I wondered if there was anyone else who actually had feelings towards chub other than disgust. You can’t really have a cause with just a few followers. Groups like that are called cults. So, I made it my mission, nay, my obsession to be as observant as possible to glean any hints from other anglers who may well have a soft spot for chubs. 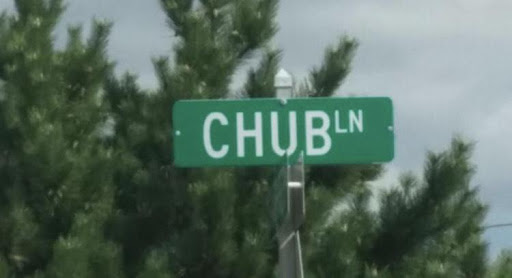 Lo and behold, while on vacation in Virginia, I came across a “Chub Lane” and it got me to thinking, of all of the fish in the world that they could have chosen to name this lane, they chose “Chub Lane.” Was it a fluke, or was there more to it? Are there other people who are feeling chub love? After all, there is a Steelhead Lane in Burlington, Washington, and a Trout Lane in Ocean City, Maryland.

There are Bass Lanes in Senecaville, Ohio, Winchester, Virginia, and Summerseat, United Kingdom as well! So why wouldn’t the developer have chosen to name his lane after one of the more “glamorous” or “popular” fish? I believe it was chosen intentionally; I believe the developer was a small fish specialist.

What is a small fish specialist, you ask? A SFS is a term designated for those anglers who actively and intentionally fish for chubs and other diminutive fish. While you may not fully believe it, I’ve found signs of a small, but growing underground contingent of SFS out there hiding in the shadows of the trout and bass fishermen. Perhaps they’re afraid of the mockery they’d be subjected to if anyone ever found out about their dirty little secret. So, they go on using many of the same rods, reels, and flies as the “real” fishermen. They fish the same rivers and lakes too. But they always have to temper their enthusiasm when they land that chub, lest their jubilation expose them for what they really are…small fish specialists!

Up until now they have had to enjoy their sport clandestinely, lurking in the shadows, paranoid and unsure with whom they can share their secret …until now. That’s why I’m proud to announce my idea; my cause, my snub at the pomp and pageantry of trout and bass – the creation of the C.H.U.B.S. Club.

This is my vision:

C.H.U.B.S. (Chub Hunting Union of Brothers and Sisters) Club would be an organization where chub aficionados can get together and discuss their favorite sport, chub fishing, without fear of retribution or backlash. I use the term chub loosely to include any number of smaller fish.

Just as colleges and collegiate athletics are ranked according to size to avoid potential mismatches, and it would be unfair to match a sprawling, prestigious Division I school against a smaller, more humble Division II or Division III school, so too, we rank the fish. And for too long the Division I fish of the freshwater world (the trout and the bass primarily) have had more than their fair share of the glory, but no more. I yearn for a world where a man or woman is not judged by the length, girth, or species of the fish they catch, but by the enjoyment and etiquette they embody while in pursuit of said fish. With the launching of C.H.U.B.S. Club, a whole new swath of the angling population will now have a voice.

In a safe, non-judgmental atmosphere, C.H.U.B.S. club gatherings would provide these small fish specialists a place to relax. Perhaps they would opt to sip an Angry Minnow beer and enjoy its smooth flavor straight from Hayward, Wisconsin (coincidentally the home of the National Freshwater Fishing Hall of Fame.) Maybe those who enjoy darker beers will like to sample the Old Chub Scotch Ale from Oskar Blues Brewery, brewed in North Carolina, but headquartered and originated in Colorado, traditionally a trout stronghold. Those whose tastes run toward wine will find that a glass of fine Minnow Creek from the exotic land of Australia will quench their thirst. Members may also enjoy a nice tin of sardines, Swedish fish, or pizza topped with anchovies to sate hungry appetites, while mulling and debating the trials and tribulations of small fish fishing deep into the evening. 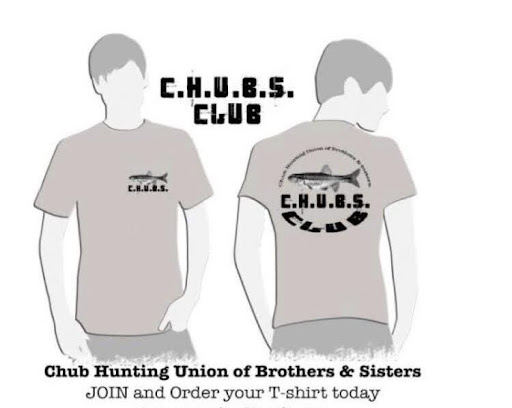 Perhaps we’ll get T-shirts and hats made, proudly proclaiming our love for the chub. Maybe local, then state chapters will spring up [Chubs Unlimited, perhaps?], bringing tens, then hundreds, and maybe thousands into the fold. Dare I think there could ever be a C.H.U.B.S. Club national organization? Rod and reel manufacturers, aching for new rods and reels to develop could entice us with new gear specialized with the sole purpose of pursuing dainty fish.

And then the magazines, and TV shows would start up, along with the advertising revenue that could be generated by plastering glossy grip and grin photos of happy anglers, gently releasing their chubs back to the water to fight another day.

The liberation these specialists may feel after being relieved of living the lie of preferring bass and trout over chubs will undoubtedly be overwhelming. C.H.U.B.S. Club hopes to soothe frayed nerves and foster fellowship and goodwill among all anglers, not just the small fish specialists. Chub fishing isn’t for everyone, we understand that, but all are welcome here. Because all large fish were once small fish, and because we believe that ultimately life (and more importantly, fishing) is all about the experience and the perception. If one plans on releasing the fish anyway, does it matter if the fish was seventeen inches or seven? No. The important thing is that you went fishing.