Bug-busting Bluegills Give a Good Fight.

When people north of the Mason-Dixon Line or out West think of fly fishing, they naturally think of wader-clad anglers, fishing vests bulging with hand-tied imitations of nature’s bounty, tossing their feathery creations to wily trout in flowing mountain streams.

Down South, fly fishermen tend to think of cork poppers bouncing off cypress trees along some slowly meandering blackwater bayou. From spring through fall, big bull bluegills smash these cork creations with a vengeance.

Few fish can compete with the astounding strength and determination of these sunfish. Pound for pound, or more appropriately ounce for ounce, they outfight all comers. When hooked, they make determined runs, swim in circles and turn their flattened bodies to the fisherman, increasing the fight. Ultralight fly tackle enormously magnifies this determined fight and endears this fish to those who have caught them on such tackle.

Among nature’s most prolific and adaptable creatures, bluegills, redeared sunfish, red-breasted sunfish, warmouth, pumpkinseeds, and other miscellaneous sunfish populate nearly every body of temperate water from Canada to Mexico. They thrive in all types of conditions. In many states, anglers shouldn’t worry about seasons or limits on these fish. They can and should catch as many as they can as often as they can to trim the population.

If left unchecked, sunfish can quickly overpopulate small bodies of water. Overpopulation could cause stunting. Fiercely competitive, bluegills can survive where other species die and readily devour fry of other game fish such as bass.

That’s where fly-rodders enter the picture. On an average to good day, a fly-rodder could catch 50-100 bluegills in the right area. Not only do they have a heck of a lot of fun, but they also help the lake keep the burgeoning population of panfish in check.

Avid fly-rodding trout fishermen probably already own all the essential equipment to start catching ‘gills “on the fly.” A light to medium action seven-and-a-half to eight-foot fly rod can place cork poppers precisely where needed. While trout fishermen can wade after their quarry, most bluegill busters need a boat to reach the swamps and backwaters that sunfish love.

Bluegills eat almost anything – small fish, tiny organisms, worms, grubs, bread, crustaceans, table scraps, just about anything they can latch onto with their tiny mouths. On occasion, they have even snapped at floating cigarette butts, gum wrappers and other unappealing trash senselessly thrown into the water.

Fearless despite their diminutive size, they have even “attacked” swimmers, usually to the startling astonishment of their “victims” who dare to invade bluegill territory. They nibble at hanging straps, threads, and even have a particular fondness for strands of body hair. Since they have such small mouths and no teeth, they cause little more than a brief fright to swimmers, but they terrorize the insect world.

When feeding on insects floating on the surface, tiny sunfish mouths make distinctive snapping noises. Quite audible for considerable distances, they pinpoint fish locations. Astute fly-rodders can zero in on these distinctive “snaps” to locate a bedding area and load a stringer from that hot hole.

Sunfish usually like warm, shallow, still water with plenty of weeds, logs and other structure, either on the surface or submerged. Anglers don’t find many sunfish in swift rocky trout streams, although farm ponds and other small natural or man-made impoundment offer excellent angling opportunities for this under-utilized group of fish.

Boat docks or piers offer some of the best conditions and structure. As an added enticement, many people throw food scraps, leftover bait or other organic refuse from their docks. Bluegills and other fish gather to enjoy this feast and the added bonus of smaller fish attracted to the food bits.

With the proper equipment rigged, killer bug attached and “fishy” location selected, it’s time to catch a few. Toss a popping bug as close to structure as possible and let it rest until the ripples fade. Then give it a small twitch or pop and let it rest again for several seconds. Keep repeating this retrieve.

A hungry bluegill or one in a foul mood for whatever reason – and it doesn’t take much to put one in a foul mood – may attempt to obliterate a popper. The lucky fisherman will think a five-pound largemouth bass pulverized the bug and the ensuing fight will be convincing enough that one has.

At other times, usually during warmer weather, bluegills and other sunfish act almost timid, gently tasting an apparent morsel before committing itself to strike. Frequently, they simply suck down the bug. All of a sudden, the popper vanishes without the slightest ripple breaking the surface. After feeling the hook, though, these fish fight like Olympic champions, bantam division.

Prolific sunfish spawn during most of the warmer months. In some warmer climates, they may spawn two or three times a year from April through October. They hollow out beds, one- to two-foot wide shallow depressions in sand or mud flats. Keen-eyed fishermen can easily spot these nests in clear or moderately clear water.

Like clustered road signs, these depressions point the way to outstanding fly-fishing opportunities. While guarding these nests, pugnacious bluegills attack anything. If one fish misses, another might attack. Without setting the hook, anglers might see several strikes on a single cast. When feeding, bluegills also get jealous of one another and race for bugs like miniature sharks homing in for the kill.

When fishing spawning beds, keep casting in the same area as long as fish keep striking. Gregarious little creatures, hundreds of sunfish may crowd a constricted bedding area. It takes quite a bit to frighten them into not feeding. One angler might catch a dozen or more fish from one small bedding flat before they stop feeding.

Hatching mayflies concentrate bluegills even more. Adult mayflies emerge from the water in late spring with only one purpose, to mate and then die. They cling to low overhanging bushes and shrubs. When flies fall back into the water, ravenous bluegills wait to gorge themselves.

The water beneath an insect-laden shrub boils with striking fish like a piranha feeding frenzy. Every sunfish in the general vicinity can gather under that bush for an easy meal. They smash anything that hits the surface. At a good hatch location, an angler can anchor within casting distance and fill a livewell in short order.

As a bonus, mayfly hatches also attract bass and other game fish. Larger fish not only feast on floating mayflies, but also devour stuffed sunfish and other smaller fish attracted to the hatch. A welcome plus, bass readily hit poppers, even smaller ones used to catch sunfish.

After fish stop biting over a bed or hatch area, keep changing bug colors. They’ll usually resume when the see something different. After exhausting all available color combinations, give the area a rest for a few hours and move to the next bedding area. Try the first area again later; sunfish routinely feed all day and seldom move very far.

More often than not, lamentably, after a long day on the lake, lunker bass elude even the most persistent fisherman. However, a livewell full of fat bluegills can make up for the loss. Sometimes only bluegills stand between putting meat on the table and returning with an empty livewell.

Bluegills are very easy to clean and well worth the effort. Many people simply scale them, decapitate them and remove the entrails. Of course, this method leaves the bones, which upsets some people.

Fishermen can fillet larger bluegills to produce succulent morsels of boneless flesh. An electric knife makes this chore easier. With the skin and scales still attached, cut behind the gills, but don’t sever the backbone. Twist the knife so that it cuts through the ribcage and parallels the edge of the spine until the blade comes out of the tail. Insert the blade between the skin and meat. Hold the skin with pliers or a fingernail, slicing between the skin and the meat.

If done correctly, the skin with scales intact will part from the meat almost like an orange peel separating from the fruit. Then, trim the bony ribcage area from the fillet. Done! Repeat on the other side, creating two delicious, boneless and skinless chunks of tender meat and very little mess.

With delicate sweet white meat, bluegills and other sunfish rank among the tastiest delights of the fish world. Bon appetit! 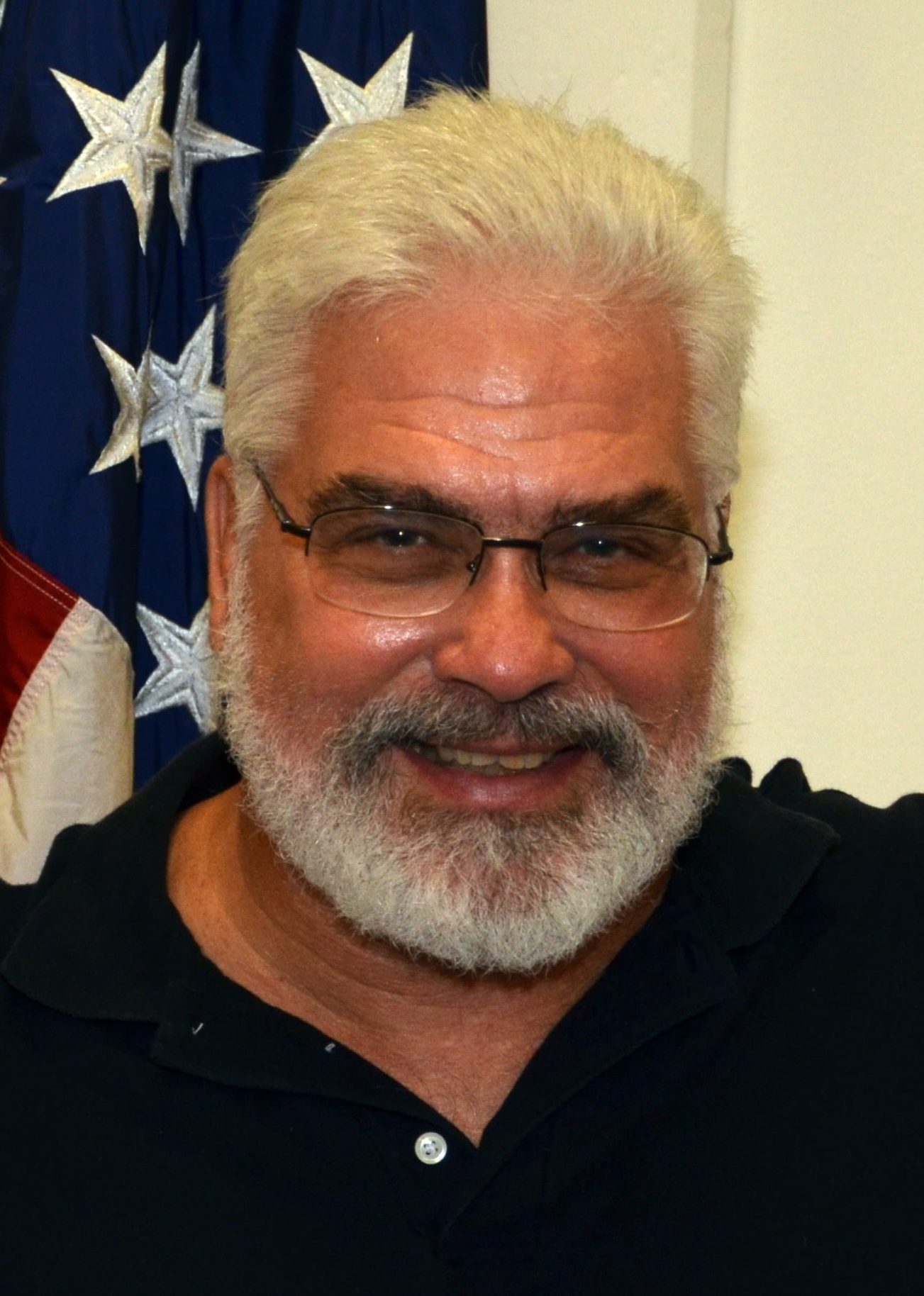 Originally from Louisiana, John N. Felsher is a professional freelance writer, broadcaster, photographer and editor who now lives in Alabama. An avid sportsman, he’s written more than 3,300 articles for more than 160 different magazines on a wide variety of outdoors topics. He also hosts an outdoors tips show for WAVH FM Talk 106.5 radio station in Mobile, Ala. Contact him at j.felsher@hotmail.com or through Facebook.